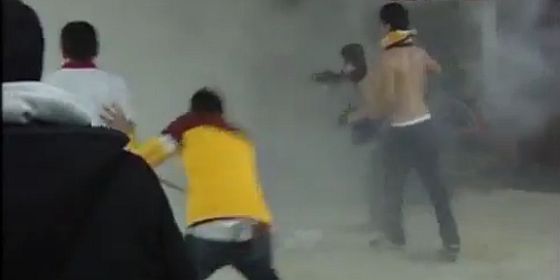 Wheelchair rugby has been given the nickname “murderball”, but it appears that fans of wheelchair basketball might be making a play for that title. The brawl started during a game between Turkish rivals Galatasary and Besiktas, and quickly escalated to the point where police were forced to intervene. Players and coaches tried to calm the fans, but were quickly overwhelmed by object-throwing hooligans.

According to Euronews, fans of Galatasary and Besiktas were already banned from attending away games for soccer and basketball, so there is some history of bad behavior, but the ban didn’t apply to wheelchair basketball. It’s almost hard to believe when compared to American wheelchair basketball, which is usually played for charity or as a friendly competition.