I grew up watching a variety of cartoons, and that includes the classic Warner Brothers animations and other older sketches. As you may well know, much of the premise of those shorts was one character chasing another. Such as the Wily E. Coyote and the Roadrunner or Sylvester and Tweety. However, the unfortunate antagonists never seemed to win or catch its prey. But it raises the question, what if they did? Thanks to James Cauty, the people at JCauty&Son (checkout their website), and others around the world, here are some examples of what might have happened when after a lifetime of chasing their enemies one can exact a horrific and bloodthirsty revenge (best served cold):

I think ‘Weird Al’ Yankovic said it best on ths one, “Right now I’d like to show you one of my favorite cartoons. It’s a sad, depressing story about a pathetic coyote who spends every waking moment of his life in the futile pursuit of a sadistic roadrunner who MOCKS him and LAUGHS at him as he’s repeatedly CRUSHED and MAIMED! Hope you ENJOY IT!!!”

I’d really grown suspicious of the reliability of products ordered through the mail order division of Acme Corp., but maybe they worked after all. Here are two pictures: 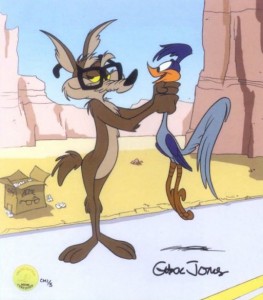 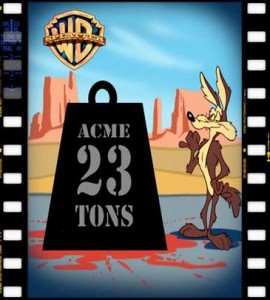 There’s a certain order in this world, and that includes cat defeating mouse. Finally it has happened: 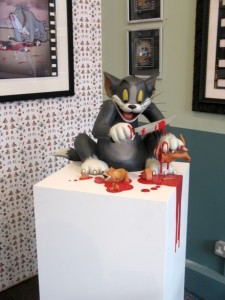 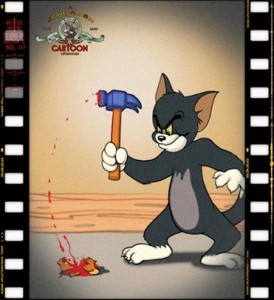 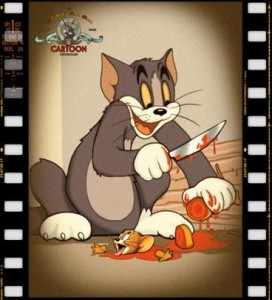 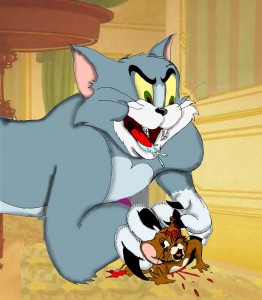 Of course, Tom got his too… 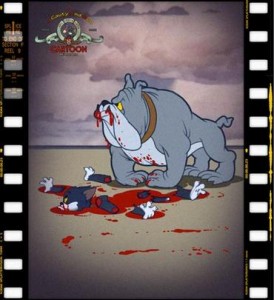 Sylvester was not to be denied either, as he finally gets to taste a Tweety pie! 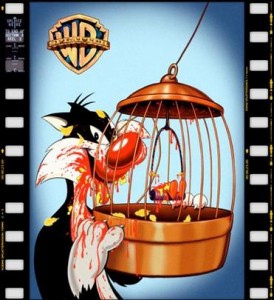 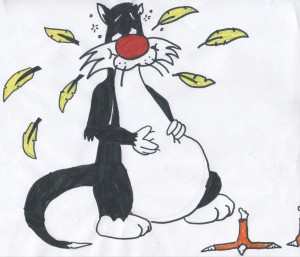 Duck Season or Rabbit Season? Instead of waiting for Elmer Fudd to answer that one, Bugs took it open himself for a verdict, utilizing a gun instead of words. 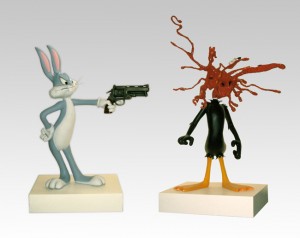 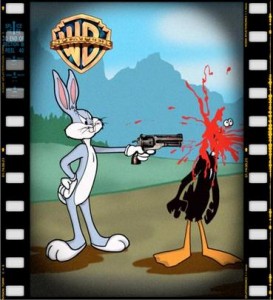 Although, maybe it was Rabbit season after all? 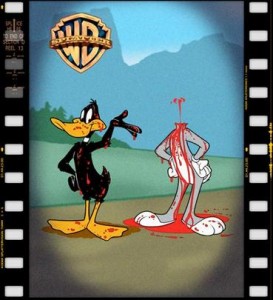 I guess payback is a bitch.