Sports > Football > When Will Michigan Football Get Off Again?

When Will Michigan Football Get Off Again? 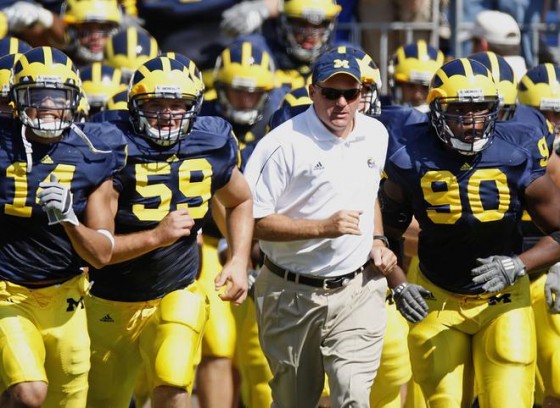 Leading the team... but where are they going?

What once was a college football powerhouse has diminished rather quickly into nothing more than an overlooked cupcake on the schedule of mighty rival Ohio State. 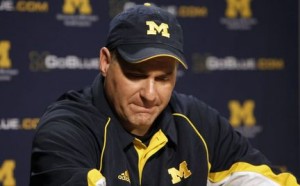 In what might have been the biggest “F You” in recent college football memory, Michigan offensive lineman Justin Boren transferred to OHIO STATE. Citing a “lack of family values” from the coaching staff, Boren dismissed a family tradition (his father played at Michigan) to go to the opposite side of arguably the dirtiest rivalry in all of sports.

Naturally, Boren would also go on to gain first team All-Big Ten honors after sitting out a year because of the transfer. His brother, Zach, would follow him to Ohio State.

College coaches deal with players’ egos all the time, so no big deal right? It’s a team effort, and so long as Rodriguez and his staff put in the proper amount of practice and preparation, Maize and Blue Nation would be back on its feet.

Unfortunately, the proper amount of practice and preparation was not carried out. In fact, too much practice was put into play, resulting in a NCAA violation. Among five “major rules violations,” one could see the too much practice still doesn’t make perfect for Michigan jokes coming a mile away.

If you’re going to commit a rules violation, go big or go home. Either pay your players or make illegal phone calls to recruits, don’t run a few extra wind sprints after practice.

The over-practiced 2009 Wolverines squad managed a 5-7 record, which included dropping its last five straight while in position to become bowl-eligible.

That leaves what was once a feared and respected national power with a 15-22 record over the past three years, and five rules violations to show for it.

So the question remains: When will Michigan football finally get off again? Enough of these blue balls for blue nation.