Gadgets > Games > Where in the Hell is Diablo III?

Where in the Hell is Diablo III? 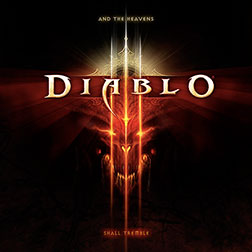 It was almost two years ago when Blizzard announced that Diablo III is coming out. Hell, it was ten years ago when Diablo II came out. Two summers ago, I thought for sure that the game would be out in time for Christmas. But no such luck.

However, the game is sure to be worth the wait. Blizzard is a virtual perfectionist when it comes to its games. Why else would it take this long? This isn’t Microsoft jerking a load off and calling it Windows Vista.

So, we sit hear waiting (im) patiently, waiting for what could be the best video game ever to arrive. So, if you’re impatient like me, here are some things you can look at to get yourself worked up before the game comes out.

Pre-order Diablo III on Amazon. Only $60.

Download the Diablo III Overture on ITunes. It’s not Matt Uelmen this time, but Russell Brower and the Eminence Symphony Orchestra.

And, of course, see the cinematic teaser on Blizzard’s website. Or, if you’re too lazy to go there, view it here: