Sports > Hockey > Where Should The Next Winter Classic Be?

Where Should The Next Winter Classic Be? 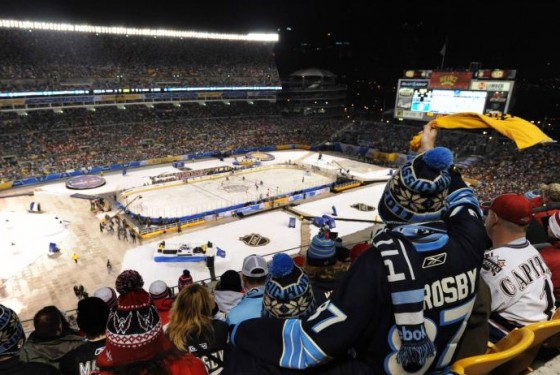 The scene in Pittsburgh.

Nearly a week has passed since the NHL took center stage with it’s New Year’s showcase, The Winter Classic. And based on the ratings the game got, I think it is safe to say that from now on, the game will be played in prime time. Almost immediately after the game, speculation began to build about where next year’s classic could possibly be played, and rightfully so. It can’t come soon enough.

Here’s my list of venues of choice for the game as well as where I think the game WILL be played the next time around.

In all honesty, I think the league is crazy for not having a game in the biggest market it has, but that is a question of how the league is run (see Gary Bettman) rather than the play of the Rangers. Still, for the NHL to not play the game in the prime market is pure stupidity. But the problem with New York hosting the game is where it would be played.

Your first thought is probably Yankee Stadium, but with new Pinstripe Bowl being played there, that rules the House That Steinbrenner built out. The New Meadowlands would be great, except it’s in New Jersey, and the Devils are awful, and with Marty Brodeur on the decline, there is no draw to them.

How about Central Park?

To me this makes the most sense if the game were to be in New York. An actual outdoor setting, rather than inside a giant football or baseball stadium. Maybe bring in the Kings, Toronto, or even Detroit. That would be as close as an NHL game would come to it’s roots if it were played in Central Park.

How cool would it be to take a handsome cab ride to the game? The biggest issue if the game was there: how they would handle seating? I think this would be the best place to hold the game, but that is too smart a decision for the NHL to make. 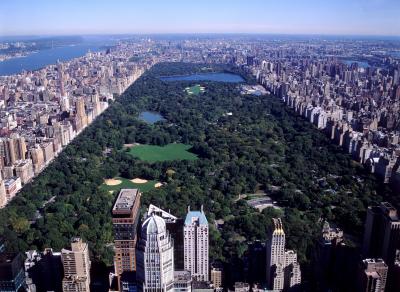 How cool would a hockey rink look in there?

For whatever reason the NHL seems to think that Philadelphia is a big-time draw to the casual hockey fan, and there has been a lot of talk that Philadelphia could be the front runner for next season’s Classic with the game at Lincoln Financial Field. This is not a terrible idea, but the problem I have if the game features the Flyers… they are most likely to face Crosby or Ovechkin, possibly the Rangers, and to be honest, I’m getting sick of seeing Crosby everywhere. I get that he is the biggest star the league has, but others deserve a chance. As it stands today, this is where I think the game next year will be. 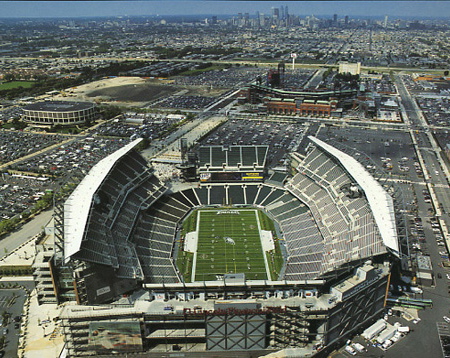 My guess for the next Winter Classic site.

Detroit deserves to host the game at some point. They probably have the most widespread fan base in the league and have been the premier franchise for the NHL over the past 15 seasons. Another matchup with Chicago, the Avalanche, or (once again) the Rangers would be a tremendous draw for hockey fans everywhere.

It’s a bummer than Ford Field has a roof over it, and they demolished Tiger Stadium.

But a game at Comerica Park could be really cool, especially with the scenic view of the downtown behind the outfield fences. Seriously, it’s a nice view, you would be surprised. While I don’t think that Detroit gets the next game, they will within the next three years as a reward for their franchise from NHL. 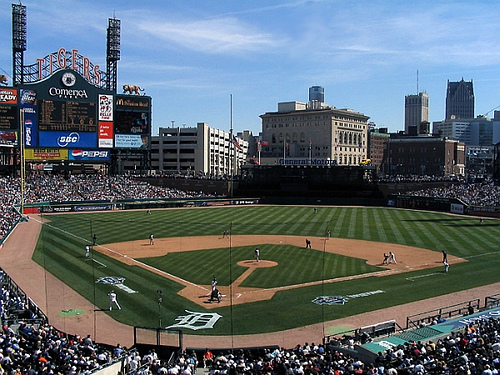 There will be a hockey game here...eventually.

From a scenic stand point, this would be the best game for the NHL to have. The Winter Classic is all about scenic shots, and with the mountains in Colorado, they would have an amazing scene to show. But the problem for the Avalanche is they are not the draw or nationally recognized team they were when they had Roy, Sakic, and Forsberg.

However, they are a good young team and if they continue to grow on that, they could be a team that gets included in the game, and possibly host, in the near future. 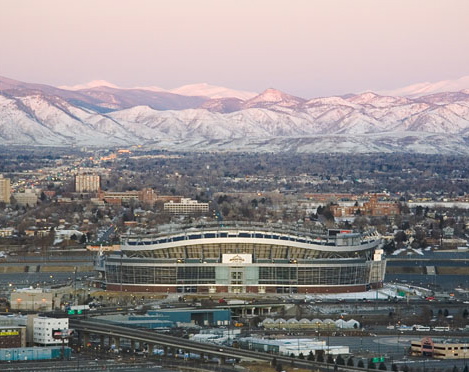 Tough to beat that scenic shot.

Great hockey state, terrible and boring hockey team. There is not appeal to the Wild from a casual fan’s standpoint (they cheer for the Gophs, don’t cha’ know?), but the state itself would be a great place to hold the game.

Until the Wild get good, or get a bonafide star (sorry Mikko Koivu) there is no way they are getting the NHL’s premier game. 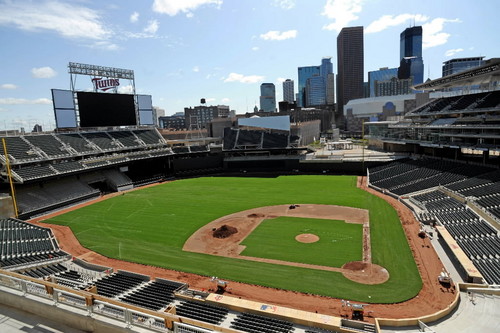 So there it is, a few places I think would be great (or, at the very least, worthy) for the next Winter Classic.