Sports > Basketball > Which NBA Players Would You Want to Punch in The Face?

Which NBA Players Would You Want to Punch in The Face? 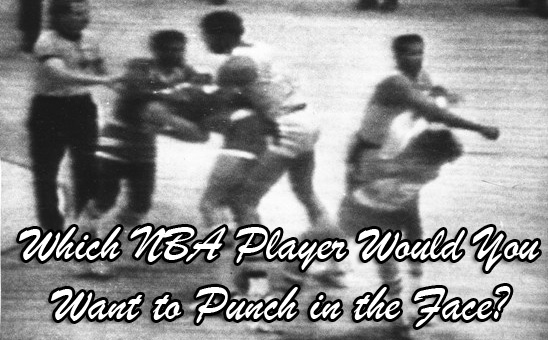 Punching. Some of us have it in our nature to just want to sock anyone in the face that rubs us the wrong way. Sure, most of the time it’s probably a better idea to just walk away. Imagine you had the opportunity to throw a stiff jab into the face of anyone you wanted, who would you pick? Now let’s say that you could slam any number of knucklehead NBA players in the kisser, who would you pick then? Here’s some of our least favorite NBA players, past and present, that we’d love to have the chance to throw a punch towards (VOTE AT THE BOTTOM):

You want to punch him in the face because…with Dennis Rodman and Isaiah Thomas, Laimbeer was part of the ‘Bad Boy’ Detroit Pistons, winning two championships but making no friends in the process. Think about that…out of a team that also featured surly mofos like Rodman and Thomas, Laimbeer is the one with the bullseye on his nose and the reputation as a douche. This compilation of flops and sucker-fouls should explain just about everything. 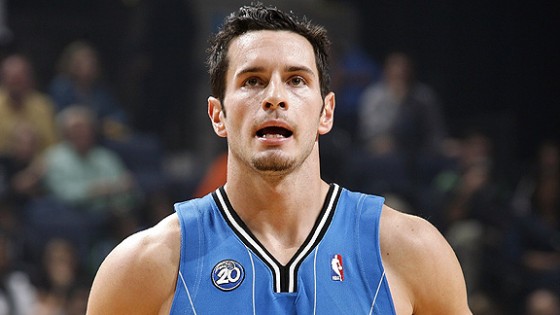 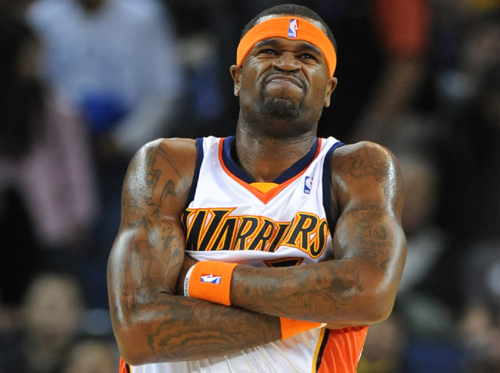 You want to punch him in the face because…The Malice at the Palace. You might remember Ron Artest being the first one to jump into the stands and start pimp-slapping random fans, but Artest had good reason: a dude threw a cup of beer at him. And besides that, he’s an idiot. Jackson, however, was no more than two steps behind Artest throwing fisticuffs for no reason, kind of like the guy that waits during a riot for the trash can to plow through the window to start boosting TVs and sneakers. 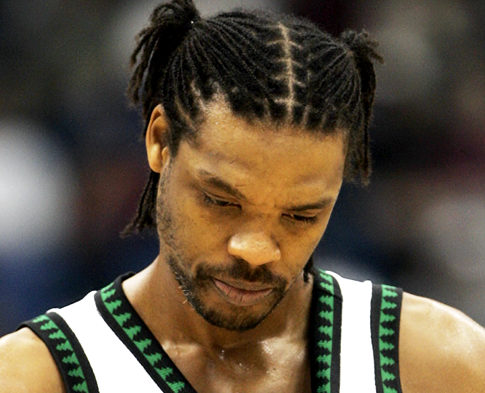 You want to punch him in the face because…he declined a 3-year, $21 million dollar contract extension with the Minnesota Timberwolvs in 2004, stating “I have a family to feed”. Feed them what, Spre? Endangered Condor eggs? Ipads? Unicorn horns? Oh yeah, and he choked out P.J. Carlesimo, his own coach.

You want to punch him in the face because…he has a tattoo on his left arm of Jesus holding a basketball framed by the words ‘a gift from god’. On a less divine but more ironic note, Swift was last seen playing for the Shandong Lions of the Chinese Basketball Association. 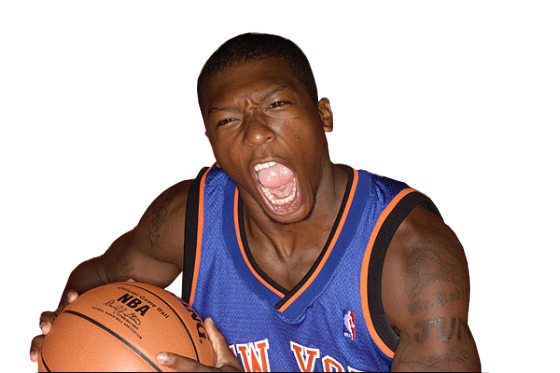 You would punch him in the face because…he’s maybe the biggest littlest reason nobody takes the dunk contest seriously, anymore. Remember back in 2006 when this little engine that couldn’t needed 14 (!) attempts to make his final dunk, and still somehow scored a perfect 10 to edge out Andre Iguodala, 114-110? A little humility right at that moment might’ve been appropriate, but nope, Robinson preened and danced like he was the only one on Earth oblivious to the fact that the novelty of his height (5’9) was pretty much the only reason he was both invited and crowned champion. 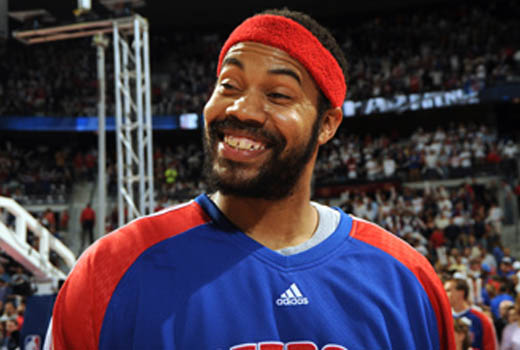 You want to punch him in the face because…he bitches at referees like a grown-ass man who just got a banana instead of a Snack Pack tucked into his luchbag. His face on the mount rushmore of NBA dickheads is secure mostly because of his tenure in Portland, where he was suspended for doing stuff like threatening referees, whipping towels at people, throwing balls at teammates, and rocking the ganj with Damon Stoudemire. Damon Stoudemire? That’s low, ‘Sheed. 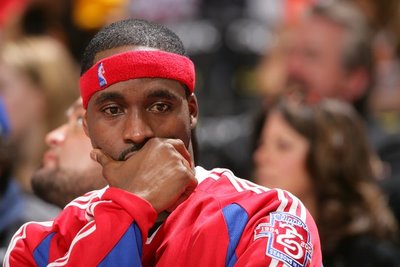 You want to punch him in the face because…he purposely shot at his own goal so he could get his own rebound and get his first triple-double. The look on Jerry Sloan’s face at the end of the video pretty much says it all. 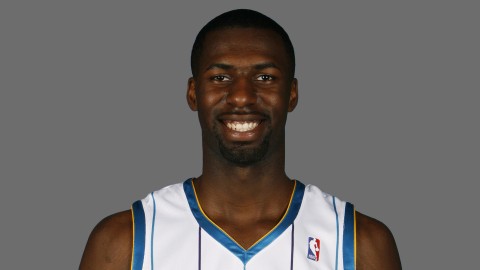 You want to punch him in the face because…you probably can’t even touch the rim, and you could do better than this. Alright, so maybe you don’t want to actually punch the guy in the face for biffing it worse than a fat kid trying to ride a skateboard. And technically, it happened when he played in college for Kansas. But still, its impossible to discount what is surely the NBA’s equivalent of Baba Booey’s first pitch at Citi Field. 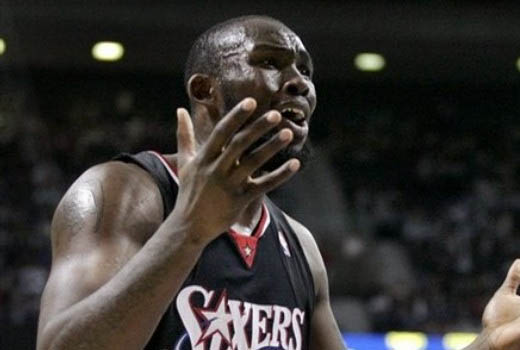 You want to punch him in the face because…he violated what should be an unspoken, universal man-law by doing this to Chris Kaman. Reggie, the coach said “box out”, not “nuts out.”