Gadgets > Internet > Which Tech Company Will Rule the World?

Which Tech Company Will Rule the World? 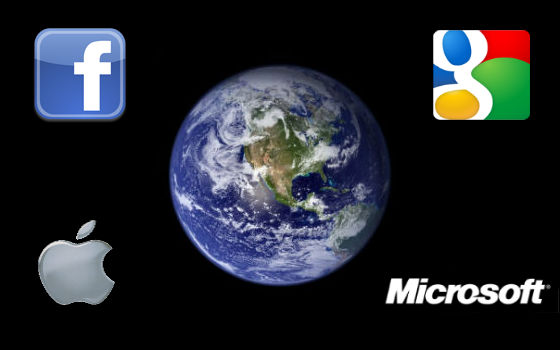 The big tech companies are leading the way in innovation, ceaselessly coming up with new and often very cool concepts that further tighten the binds between people, information, and technology. These tech titans — the biggest of which are (arguably) Facebook, Google, Apple, and Microsoft — are seemingly on a quest to make the world a better place.

A better place to rule, that is.

Seriously, we all know by now that the aforementioned “Big Four” are putting the pieces in place to take over the planet. It’s pretty much common knowledge.

So now the question of utmost importance is: Which one of these tech tyrants will actually succeed? To whom will we all be indebted and indentured? Well, we have the answer for you. Read on to find out which of the Big Four you should start investing in and sucking up to.

Their leader: Steve Jobs, the man whose hipness is directly proportional to his oddness.

Their strategy: Apple wants to make products that are just so damned awesome, all other products are rendered not obsolete, but just plain uncool. This is the company that has produced a successful ad campaign out of basically saying: “If you don’t have our product…well, you just don’t have our product.” The sad thing is that those ads make perfect sense, because pretty much anyone who doesn’t have an iPhone really wants one. Such is the Apple appeal.

Their strategy: Microsoft once led the way in tech, becoming massively popular and producing genre-changing stuff in the 80s. Now they are basically riding the wave of former glory, leveraging their reputation in a kind-of-sad attempt to get people to keep buying their products. Microsoft is the Metallica of tech.

Their strategy: “Map the social graph.” Facebook wants to create a Web-bound representation of every single connection that exists within the human population. Sounds perfectly reasonable. Seriously, though, Facebook has already gotten closer to achieving its goal than anyone could have predicted, and the social network continues to grow. Every new person or other entity that joins Facebook brings with him/her/it a wealth of information, making it easier and easier for Zuckerberg and company to…you know…take over the world.

Their strategy: “Organize the world’s information and make it universally accessible and useful.” All you need to hear is that first part: “Organize the world’s information…” Facebook wants to map every human connection. Google wants to organize everything; those connections are just a tiny little speck in Google’s grand scheme. If you imagine Facebook to be a country — say, the United States — then Google aims to be the whole damn universe. So taking over the world, it seems, is quite a paltry task for Google. 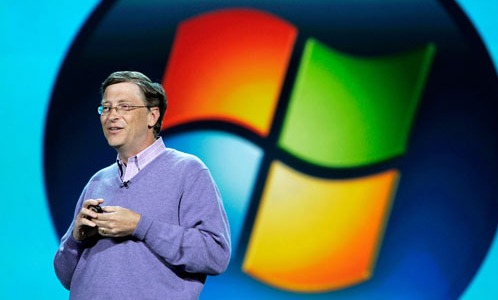 That’s right; you heard it here first. Microsoft will ultimately win the battle for Earth. Why?

The imminent Facebook-Google War will begin to clear the way by significantly depleting the resources of the two warring factions. Apple will wait until Facebook and Google are sufficiently weakened, and, with its new ally Twitter, make its move toward world domination.

But, as well all know, the Apple-Twitter Army will be filled with arrogant, smug hipsters who will be too busy tweeting about how cool the new iBrid (hybrid iPhone-iPad) is to actually get anything done. So down goes Apple.

And the meek shall inherit the Earth.