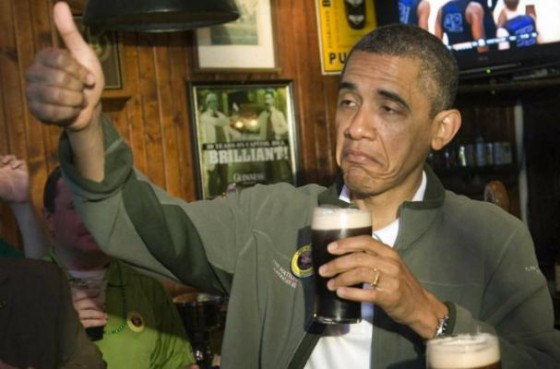 Editor’s Note : Republished from 9/2/2012 in honor of the President highlighting the White House Beer during his Super Bowl Interview with NBC.

Ever since it was revealed that the White House was brewing their own beer, there has been a movement to get the recipe released. Craft and home brewers alike joined forces to pressure the Obama administration to release the confidential information with a freedom of information request, and their persistence has paid off :

Inspired by home brewers from across the country, last year President Obama bought a home brewing kit for the kitchen. After the few first drafts we landed on some great recipes that came from a local brew shop. We received some tips from a couple of home brewers who work in the White House who helped us amend it and make it our own. To be honest, we were surprised that the beer turned out so well since none of us had brewed beer before.

So yeah, while Mitt Romney was paying to fly his dancing horse around the world, and buying an elevator for his cars… Barack Obama was buying brewing equipment for the White House. It looks like the White House acted upon this fabulous PR opportunity as soon as they realized there was a demand for the information… as they even put together this fabulous video :

We’ve covered some Obama Beers in the past, but this brew is far more official. Check out the Recipes below :