The White House Won’t be Building a Death Star

The beauty of living in a digital democracy is that we can petition the government or even the White House directly if we want something. Although we managed to convince the government that we totally needed a bitchin statue of Robocop in Detroit and the White House Beer Recipe, apparently the power the public wields falls just short at planetary annihilation. Figures. 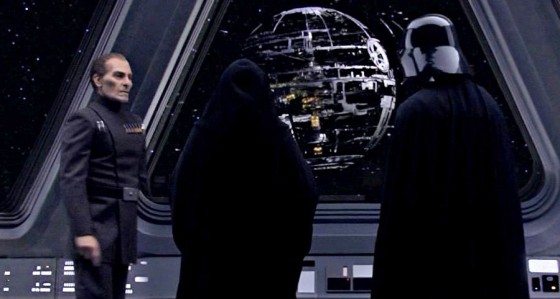 These are shovel ready jobs.

In an official (and surprisingly good-humored) White House press release, the White House’s Chief of the Science and Space, Paul Shawcross, explained why building a Death Star just isn’t going to happen, even though we really want one. Like really, really want one. Because lets face it, one day we’re going to need the ability to blow up a planet.

Why would we spend countless taxpayer dollars on a Death Star with a fundamental flaw that can be exploited by a one-man starship?

We can’t have nice things.

Shawcross also explained that the government is already working on some fly as hell shit, like a mission to the moon to finally show those moon spiders who’s boss and a telescope that will let us see where God lives.

Before you get down about the fact we aren’t going to be able to threaten Jupiter or slap some sense into that pretty boy Mercury. Just consider that a White House official was chill enough to throw down several Star Wars references (seriously, go read it) while responding to a petition that was for all intents and purposes, a joke. It just goes to show that the people running this country have a sense of humor and that they will happily take the time to respond to us if there’s something we want and we ask for it nicely.

The Audacity of Hope

Sure we didn’t get a Death Star, but there’s nothing stopping us from filing a petition to build a laser that will let us carve the words “Fuck China” on to the moon.