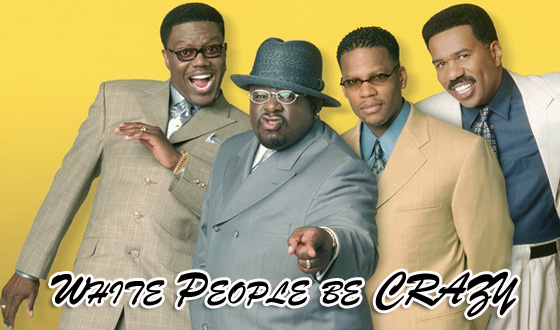 One of the most played out things in comedy is when black comedian tells jokes about the differences between black people and white people. Sometimes the joke starts ‘White people be crazy!‘ And then they rant about something that WASPs do. Other times the bit starts ‘You know the difference between white people and black people? Black people do <insert everyday act> while white people do <insert everyday act>.’ (for that, the funny part may go either or both ways). The bit was even parodied by Homer Simpson, “White people have names like Lenny and black people have names like Carl.” Regardless, most successful black comedians, at one time or another, start a joke one of those ways, all for our amusement. Let’s watch: