Sports > Golf > Why the US Open Sucks

Why the US Open Sucks 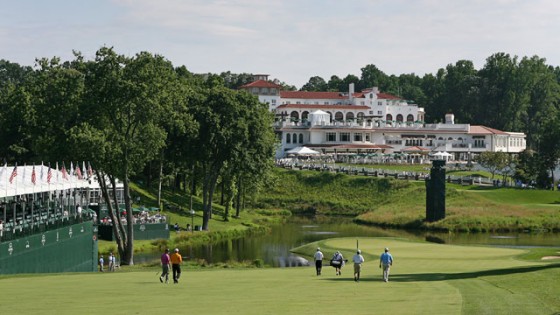 The US Open kicks off this Thursday from Congressional in Bethesda, MD and is already shaping up to be 4 days of torture for the best golfers in the world, as the course will play at a US Open record 7574 yards long. The USGA likes to get their rocks off by thinking they are making the hardest course possible each year, one of the many reasons why I think the US Open is the worst golf tournament on the planet.

To start, this tournament is no fun to watch. It is a test of patience for the fans as well as the golfers. Every single hole is a struggle, and one where a par could net you 3 strokes on the leaders. People don’t watch golf to see the best players in the world struggle, and be humbled, people watch golf because the players do things that you and I cannot do. When the course doesn’t allow for that, it makes it no different than heading down to your municipal course, and watching the local hackers try and save a par. And nobody wants to watch that. 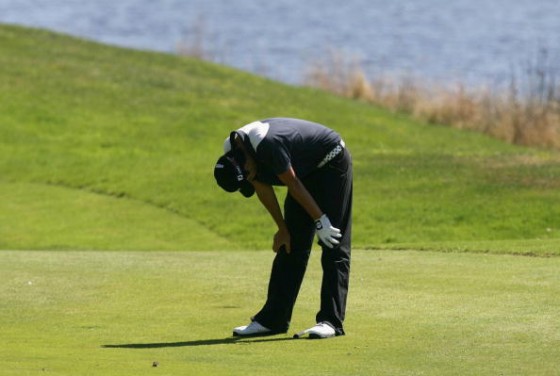 This will be a common site at the US Open

Every year they try to make the course harder, thicker, and faster than the previous year. It becomes a big game of trying to one up each the previous course, no matter what costs. You can almost see the USGA and the people who run the course laughing, and shaking hands over how thick and long the rough is this year. Miss a fairway, which are probably about as wide as a coffee table this year, and you are making a bogey AT BEST. On more than one occasion, players have worried about their safety in this tournament. Does that make for good or entertaining golf? No. 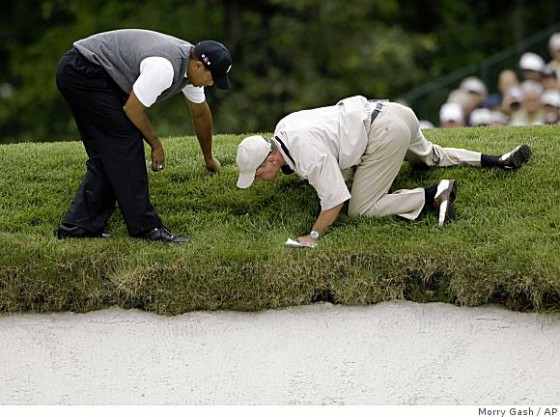 Good luck getting out of that rough.

Then is the issue of the greens, which are the equivalent of trying to putt in the parking lot outside my apartment. Come to think of it, I think the players would rather try and putt on my parking lot, because at least it isn’t loaded with 37,000 false fronts where your ball is going to roll 60 yards down the fairway, or into a creek. Most of us never experience shots or results like this in our lives, and with good reason, because we would quit the game if we had to experience that everyday.

I can remember one year the greens were so bad that in between groups during the final round, certain holes had to have their green watered so the players had a fighting chance at keeping the ball on the green.

The scores in this tournament leave you scratching your head, only at the US Open could an 80 put you within 6 shots of the lead. If anybody breaks par for the tournament, hell, even if more than a few guys break par on any of the days it’s an amazing round.

I hate listening to the announcers slobber over the course. As you watch it this week, keep your ears open for the following phrase “boy this is just a great test of golf,” which will be said about 90 times over the four days of golf. Translated that means “this course is impossible and these players hate it.” Then they’ll sit there and make it sound like it’s nothing to have to hit your ball in a 10 square foot area, or have your ball end up nowhere near where you wanted. 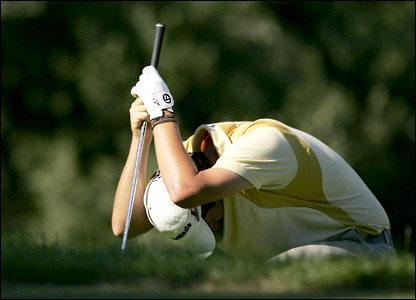 This was probably a good shot too.

And speaking of announcers! We get the joy and honor of listening to Johnny Miller this weekend, who is the golf equivalent of Joe Morgan. At every chance he gets, he will either mention the pros he knows, or some great round he had in the past. Maybe you didn’t know this, but Johnny Miller once shot 63, the lowest US Open score ever, at Oakmont. If you didn’t know that, don’t worry, he’ll mention that about 30 times this weekend. 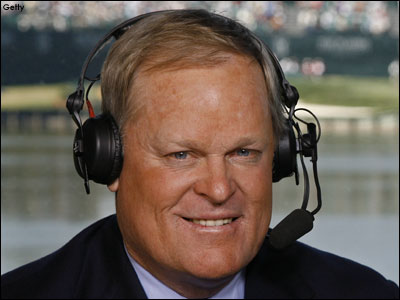 Now some of you may say these are all reasons why the US Open is so great (with the exception of Johnny Miller) and how it’s only one time per year where the players have to deal with these conditions. But why does that have to be? The US Open should be the most fair test in golf, not the hardest imaginable thing that a golf course can come up with.

This doesn’t mean that I won’t be watching the action this weekend, but I’ll be cursing it the whole time.