Media > Movies > Why We Love Bill and Ted’s Excellent Adventure

Why We Love Bill and Ted’s Excellent Adventure 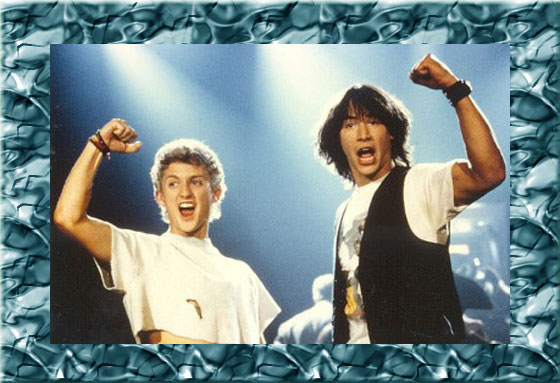 By 1989, slacker buddy films were nothing new, but we had yet to see ones that required us to suspend disbelief as we traveled back in time to watch our heroes attempt to pass history class, which would then ensure a brighter future due to the creation of a world-changing band known as Wyld Stallyns.

Ted Logan (Keanu Reeves), Bill S. Preston, Esq. (Alex Winter), and, of course, Rufus (the late, great George Carlin) took us for a ride where we laughed, cried, and learned something about history and how to be excellent to each other. 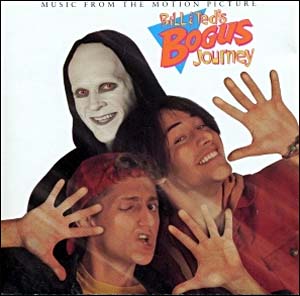 While not the original classic, it wasn’t a bad followup, as Bill and Ted traveled to heaven and hell and continued on more adventures.

[Bill and Ted are working on their history report]
Bill: Okay, Ted, George Washington. One: the father of our country.
Ted: Two: born on President’s Day.
Bill: Three: the dollar bill guy.
Ted: Bill, you ever made a mushroom out of his head? It’s like, just like…
Bill: Ted. Alaska.
Ted: Okay. Um… Had wooden teeth, chased Moby Dick.
Bill: That’s Captain Ahab, dude.

Mr. Ryan: It seems to me the only thing you’ve learned is that Caesar is a “salad dressing dude.”

Missy: Hi, Bill. Want a ride?
Bill: Sure, Missy.
[she draws a blank stare at Bill]
Bill: I mean, mom.
[she smiles and puts on her Ray-Bans]
Ted: [whispering to Bill] Your stepmom’s cute.
Bill: Shut up, Ted.
Ted: Remember when she was a senior and we were freshmen?
Bill: Shut up, Ted!

[seeing Missy as they arrive back in Bill’s yard]
Billy the Kid: Whoa, who’s the senorita? She’s cute.
Ted: It’s his mom, dude.

[Bill thought Ted was killed]
Bill: Whoa! Ted! You’re alive!
Ted: Yeah! I fell out of my suit when I hit the floor.
[they hug]
Bill, Ted: [to each other] Fag!

Socrates: [In Greek] Like sands of the hourglass, so are the days of our lives.

Ted: [both get served beers in a saloon bar] Whoa. He didn’t even card us, dude.
Bill: Yeah, we have to remember this place.

Bill: You ditched Napoleon!
Ted: Deacon, do you realize you have just stranded one of Europe’s greatest leaders in San Dimas?
Deacon: He was a dick.

The Bill and Ted Cartoon

This didn’t last long, but let’s take a look regardless. 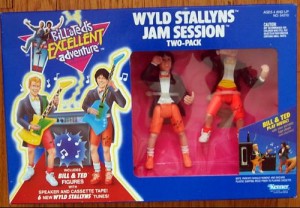 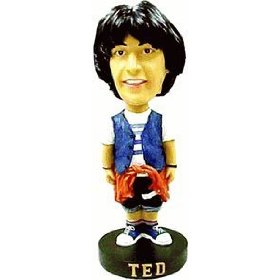