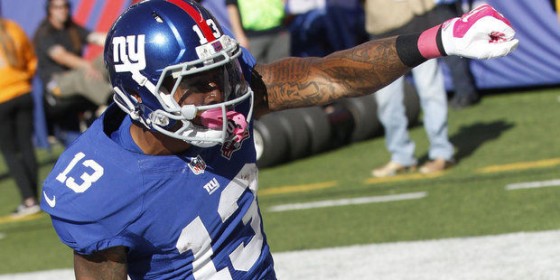 It is going to be a long time before a rookie enters the NFL and does what Odell Beckham Jr. did in 2014. He was a 1st round draft pick by the New York Giants because they knew he had the speed, size, and ability to hold onto a football that hardly any of the other outstanding rookie WRs possessed. Even though he missed the first 4 games of the season, he started the final 11.

His numbers were sick for a Rookie. They were sick for anyone in the NFL to be honest. When he was ready to start playing, the Giants eased him into the lineup. In the first three games on the field (Weeks 5,6,7), he had some good performances totaling 10 catches, 106 yards, and 3 TDs. But then something happened…

In his final 9 games of 2014, ODB had 81 catches, 1,199 yards, and 9 TDs. No other player in the NFL came close to those numbers, rookie or elite, in 9 games. He averaged 9 catches, 133 yards, and 1 TD over the course of those final nine games. It will be very difficult for him to reach that level this season but he is still going to be one of the best we have ever seen in the NFL.

Who will it be in 2015? Are we prepared for another season of heartbreak from our favorite top draft picks? (Montee Ball, Andre Ellington, Victor Cruz, Brandon Marshall, etc…) Can you figure out a way to win even if you had Jordy Nelson already and need to find another top tier WR1? That is what we are about to show you with our Wide Receiver Sleepers for 2015 : 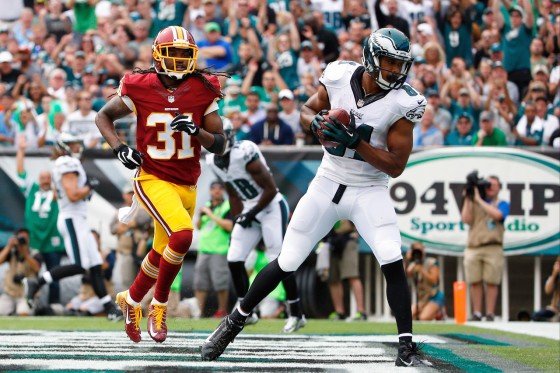 Chip Kelly has spent his first two seasons in the NFL teaching his Philadelphia Eagles players how to run his difficult but high-powered, high-scoring, super duper fast offense. The one thing we have learned, any one at any time can become a star thanks to how the offense is designed. It is a system that, when it is run effectively, can be deadly. The best example is Jeremy Maclin. He came in as a great WR2 before an injury kept him out of the 2013 season. When he returned in 2014, he had 85 catches, 1,318 yards, and 10 TDs. He finished the year ahead of some of the best WR in the NFL. (Calvin Johnson, T.Y. Hilton, and A.J. Green) Jordan Matthews was not a bench warmer in 2014 either. He finished with 67 catches, 872 yards, and 8 TDs. Imagine what he can do without Maclin taking 143 targets away from him. 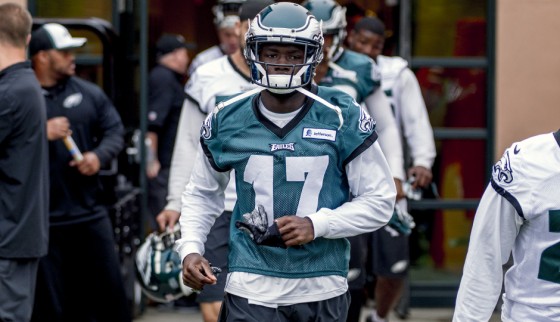 Since we are speaking about the Eagles, let’s talk about the incoming rookie of the year candidate, Nelson Agholor from USC. We should not have to sell you on the idea that taking Philly’s second best WR is a good idea. You should know that by now. Agholor is not just a default WR2 for the Eagles, he is the real deal and one of our favorite candidates for Rookie of the Year. Much like Odell Beckham Jr. in 2014, Nelson has the offense around him that helps his chances of being a true WR2 and borderline WR1. Do not be shocked when he gets 90+ catches, 1,000+ yards, and 10+ scores on his way to a ROY trophy. 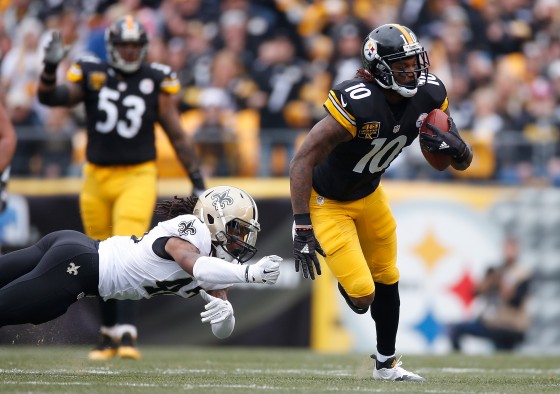 He is huge, fast, and can catch a football. He had some serious injury issues during his rookie campaign which kept him out of the first six weeks of the season. But he shined when he got his chance. His 26 catches were not that impressive over 10 games but it is what he did with them that mattered. He finished with 549 yards and 8 TDs averaging 21.12 yards per catch. Even in a line-up that featured the NFL’s top WR, Antonio Brown, and arguably the best RB, Le’Veon Bell, he still managed to earn 48 targets. From the early numbers in 2015, people are starting to see the same thing we are shouting and his ADP, average draft position, is now late 4th, early 5th round. 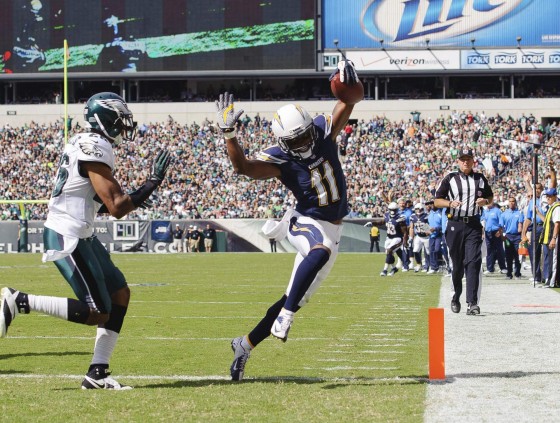 This is a no-brainer now that Kevin White has had surgery on his left shin this past Sunday. The Bears are very quiet on how many games he will miss but the minimum for 2015 has to be six. After that, no one truly knows. Eddie Royal came in to be the slot receiver but is now being used on the outside too. As of now, people are not gambling on him and his ADP is double digits in most leagues. The WR depth chart in Chicago is weak beyond Royal so we should see a lot of chances for him to improve on what he did last year. (62 rec, 778 yards, 7 TDs) 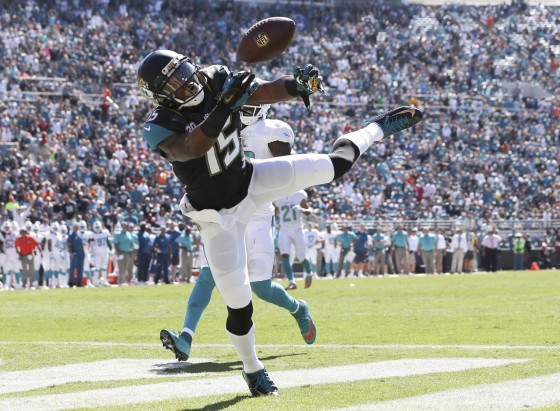 Jacksonville deserves more respect. They have a lackluster fan base that is going to cost the city an NFL franchise if they continue to ignore these guys. Maybe things will change in 2015 now that Blake Bortles has settled into the undisputed starter in JAX. Allen Robinson is one of those guys that gets a demerit for playing for Jacksonville. An injury in week 10 cut short his rookie campaign but he showed us what he is capable of during the first ten weeks averaging 4.8 catches and 54.8 yards. The offense in JAX is about to become one of the best in the NFL as these guys grow up. Allen is one of those guys that is going to be available to you late and should not be forgotten. 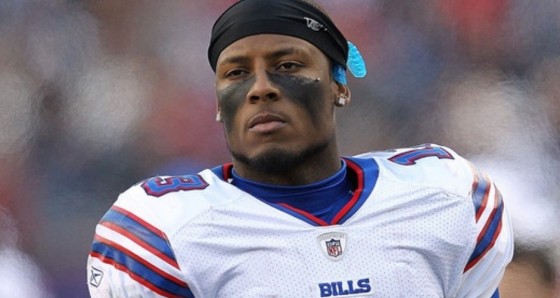 After posting three consecutive seasons with 1,000 yards receiving, Steve Johnson has had problems staying healthy. Now that he is in San Francisco, he should shine, right? Not exactly. In 2014 he never truly got along with Colin Kaepernick which eventually led him to only 50 targets over the 13 games he played. So he signed with San Diego just a few hours down the coast. Behind Malcolm Floyd and Keenan Allen, he still isn’t a great candidate to put up WR2 numbers. However, he is in an offense that works with a QB that knows how to throw a football. Eddie Royal did a great job with San Diego in the slot, Steve Johnson will too. 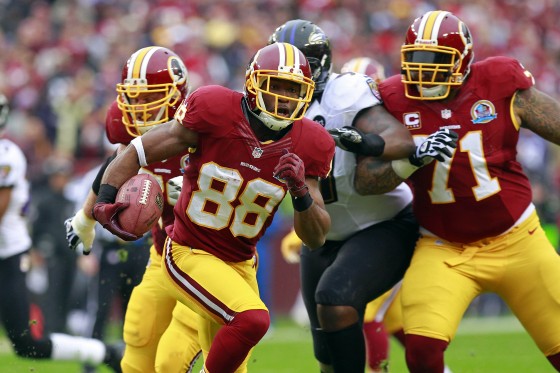 Pierre Garcon put up mediocre numbers in 2014 compared to what he did the year before. He has a much higher ceiling than 70 catches for under 800 yards. He is being shifted around and is going to be swapping spots with DeSean Jackson this season moving him into a more natural position on the line. His chances will be there all season and there is absolutely no reason why he should not be one of the top WR taken off the board once all the elite’s have gone. 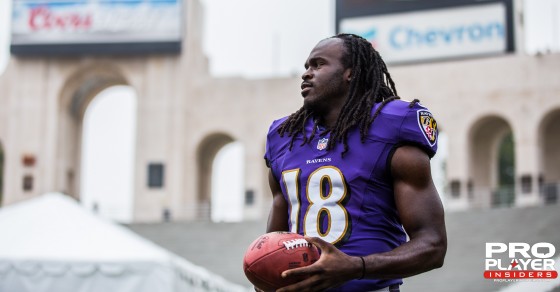 The Ravens have had to change their entire offense in the past two years due to free agency, trades, and legal troubles (Mr.Rice!) Torrey Smith is gone and Steve Smith is getting older by the minute. Breshad Perriman enters this rotation at the perfect time. His size and speed will get him playing time but its Marc Trestman that will be the reason he succeeds. He is in an Alshon Jeffery like position right now and could be a huge sleeper come November. 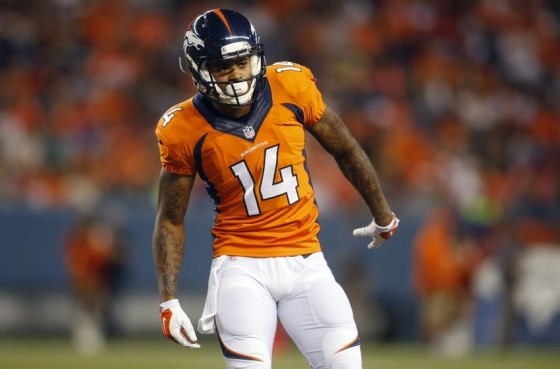 Peyton Manning has very few years left in his tank but he is still the best in the NFL at running an offense. Aaron Rodgers and Andrew Luck are tied for second but they have not been able to take over an entire offense and lead a team to the Super Bowl like Peyton Manning has done over his career. So drafting a WR in Denver is about a safe a risk as there is in the NFL these days. Cody Latimer is safe and it’s not just because of our reasons above. It is due to his ability to catch and hold onto a football. Since the end of last season, his chemistry with Mr. Manning has gotten much tighter, opening up his chances. He still remains behind Demariyus Thomas and Emmanuel Sanders on the depth chart so don’t expect a 100 catch season just yet unless one of them goes down early on. We do see Cody as a TD scoring machine and has the chance to make some really big plays this season.