Media > Movies > Will Ferrell, Danny McBride and Seth Rogen As The Beastie Boys?

Will Ferrell, Danny McBride and Seth Rogen As The Beastie Boys? 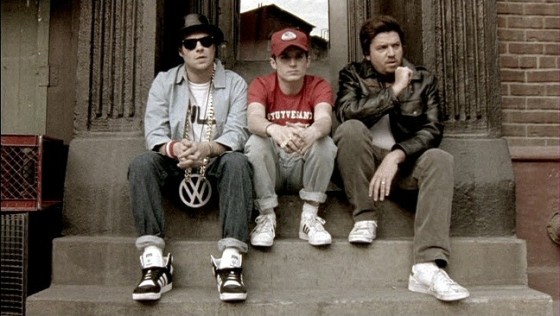 For those unaware, hip hop icons The Beastie Boys made a short film that debuted at Sundance a couple months back. It’s called Fight For Your Right Revisited and it chronicles the era their groundbreaking 1986 album Licensed to Ill burst onto the scene. As you can see from the picture above, the Boys’ made some interesting casting choices to play themselves. Namely, Seth Rogen, Will Ferrell, Jack Black, Danny McBride, Elijah Wood and John C. Reilly. The trailer is all kinds of awesome, but don’t take my decidedly untrustworthy word for it. Yo, rock this motherfu*ker like three the hard way!