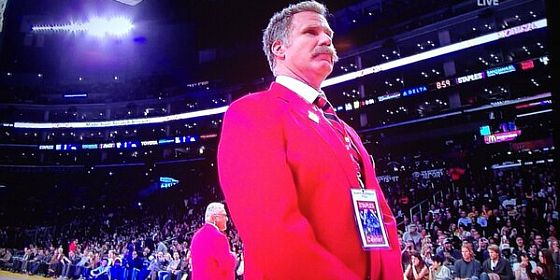 Actor Will Ferrell, who should never be allowed near a basketball court after starring in Semi-Pro, took a turn as a security guard for a Lakers game last night. Working as a courtside “red coat” security, Ferrell sported an epic mustache and angry glare, before eventually escorting Shaq from the premises. We aren’t sure what Shaq did, but we are pretty sure it wasn’t because Ferrell was threatened by his acting ability.