Will “Homefront” Challenge Call of Duty? 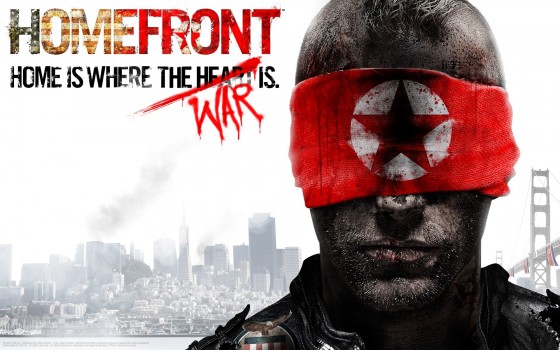 The Call of Duty series has dominated the market of realistic first-person shooters (FSPs). Could a new contender finally be in the mix?

Homefront, set in the not too distant future of 2027, is based upon the idea that North Korea has invaded the United States – think a Red Dawn type story. You take part in the resistance, a group of citizens, former policemen and others that are trying to stand up to the invading force to prevent their homes and way of life from being totally overrun.

This idea isn’t exactly completely original, but Homefront does bring a breath a fresh air by having battles in familiar settings and locations. However, you can bet this game will be met with its fair share of backlash as it portrays a hypothetical future where North and South Korea unite in an attempt to take over.

Take up your gun and join the Resistance! The idea is simple – fight for your land and fight for your freedom in guerrilla warfare combat. The enemy has set up labor camps and various checkpoints that it is your, and your fellow members of the Resistance, duty to destroy.

From the start, it’s clear that Homefront is out to tug at your emotions through a very well orchestrated opening scene. From there on out, you know that the game won’t take anything lightly and you should quite literally plan on seeing your fellow neighbors tortured and murdered. One objective to the next, the Homefront campaign is immersive and detailed to the point where you get quite caught up in the action taking place on the screen.

Early reports do indicate that the single player portion of the game is fairly short, measuring in around five hours, but that those five hours are an experience for all gamers.

SPOILERS – Below is a video showing the first few levels of the single player campaign.

This is where first-person shooting titles are won or lost. Multi-player is the feature that a huge majority of gamers flock to first – just ask Activision with their Call of Duty series. Currently, the grip that Call of Duty has on the multi-player market seems like one that will be nearly impossible to break, but it will be interesting to see what innovations other companies will bring to the table.

As expected, new titles are using some of the most popular aspects currently found in popular titles while tweaking other aspects in the hopes of finding the perfect balance for their multi-player experience. One of these changes comes from the inclusion of a Battle Points system, which is a slight tweak from the COD Points we saw in Call of Duty: Black Ops. Battle Points are an in-game currency. You earn them while you are playing in a match and you can only spend them while you are in that same match. Nothing carries over.

In this way, Homefront offers the user plenty of choices throughout a typical match. You can purchase a radar sweep to tell you where the enemy is hiding, or choose to save your Battle Points until you earn a few more, which might allow you to purchase a tank or even a helicopter. Spend or save will be the name of the game.

Homefront also features Battle Commander, which is a mode where objectives are assigned to you as the player in real-time as you are in combat. If an enemy is on a major kill-streak, he becomes an objective and you’ll receive more points if you take him out.

Ready to take on more enemies? Now you can with battles that can feature up to 32 individual players.

Will these tweaks to the multi-player universe be enough to set Homefront apart?

Below is a detailed look/interview at the multi-player engine in this new title. Please note, the game release was pushed back since this video and will take place today, March 15th. Homefront is available for XBox 360 and PlayStation 3.