Media > Movies > Will the New Zod and Khan be Remembered?

Will the New Zod and Khan be Remembered?

Now, pay attention. This is how you do a comic book/sci-fi man villain. At the bare minimum, he must wear a chest baring V-neck. More importantly, you must be able to quote some thing about him in an internet meme something like 30 years later.

Can Michael Shannon convincing tell someone that they needed to “KNEEL BEFORE ZOD!!”? Can Benedict Cumberbatch legitimately make Christopher Pine scream “KHAN!!!” in such a way that Family Guy will make a cultural reference to it decades later? 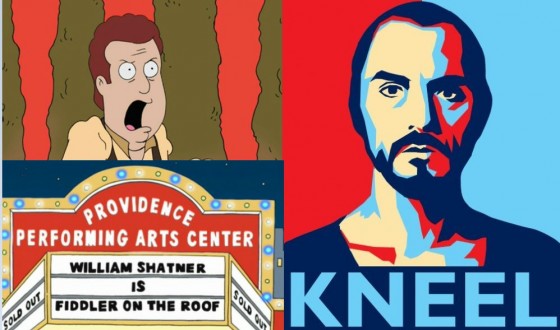 The 1980s versions of General Zod and Khan Noonien Singh were not just super villains on the screen, they permeated the cultural consciousness to this day. They shook iconic heroes to their very core. There was even an internet campaign wanting General Zod for President. It was a joke, but it is not like a studio was promoting a movie at the time either.

The Wrath of Khan is still seen as one of the best Star Trek movies ever made (and in many fans minds, it is the best). To fully get over the effects of Star Trek II, it took not one but two sequels before all of the events were sorted out. The crew of the Enterprise had brought Spock back from the dead, destroyed the planet Genesis, and brought whales back from the twentieth century just to make amends for one awesome madman fighting against the entire universe.

The new movies appear to be products of the particular age in which we live. Villainy (or at least portrayals of villainy) seemingly have to be portrayed in a way in which no one can really see themselves in the villain. For instance, in the movie Iron Man 3, the lead over the top villain is the Mandarin. Presumably, one of the reasons why the Iron Man franchise ran away from Mandarin for so long is that the Mandarin in comic books tends to look like this. 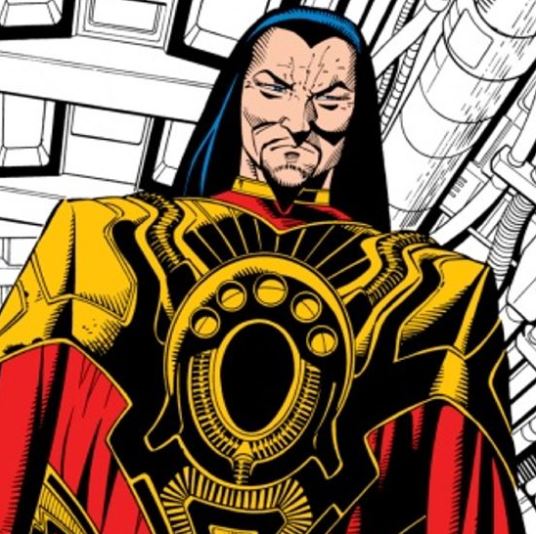 Then all of a sudden, when you finally want to put the Mandarin in a movie, you say that there is a joint British/Chinese ancestry and hire Ben Kingsley to play the role? 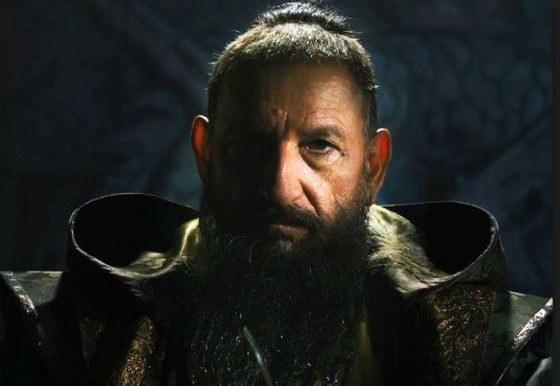 This is almost exactly the same thing that was widely ridiculed when Peter Sellers was hired to play Dr. Fu Man Chu. 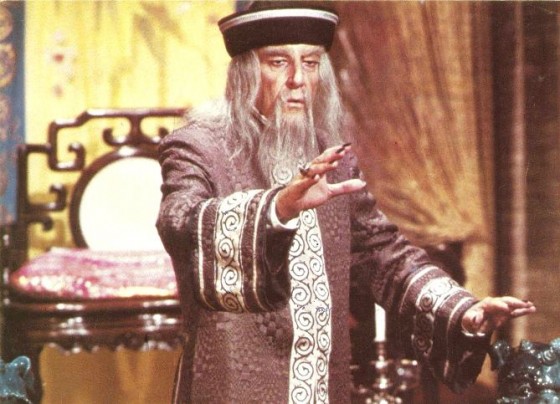 Be all that as it may, Cumberbatch and Shannon have a real uphill battle to fight in this one. A second portrayal of the same villain is nearly never thought of as well as the original defining role. There are a few exceptions to this. You can honestly have a spirited debate over who had the best portrayal of the Joker.

It may also be the trailers. The movies are at this point largely unseen, so there might be something about the performances that stand out and enrapture the imaginations for years to come. The guess is that these will go down more as the Kevin Spacey portrayal of Lex Luthor rather than Michael Rosenbaum redefining the role in Smallville. Even those had to contend with the memory of Gene Hackman’s Lex.

Ultimately, only time will tell, but a fully covered chest is not doing either the new Khan or the new Zod any favors.