Will Teddy Finally Win This Week? 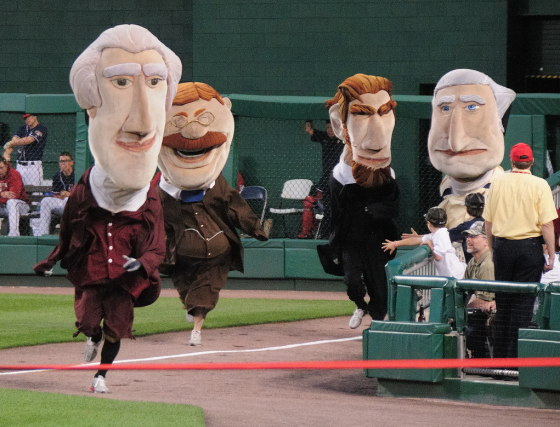 The Washington Nationals have conducted a race of Presidents at every home game since 2006. Think Milwaukee’s sausage race, but with less processed meat, and more powdered wigs. The contestants are George Washington, Thomas Jefferson, Abraham Lincoln, and fan favorite Teddy Roosevelt. Why is Teddy the fan favorite? Well because he hasn’t won a single race, in 7 seasons.

It’s a fact that has spawned the fabulous site, Let Teddy Win (who we’ve borrowed photos from for this article) and has inspired this amazing recent documentary by E:60 (long, but well worth the watch) :

So after many close calls, now Teddy has Jon McCain fighting on his behalf (as you saw in the video). Jay Carney even began a recent White House briefing with a prepared statement about the current President’s support for Teddy Roosevelt. So as the Nationals finish off the season (and clinch the division), they’ve dedicated this final home stand to promotions centered around Teddy Roosevelt. Tonight’s game even featured a video with McCain attempting to pump up Teddy before the race (which he ultimately lost again) 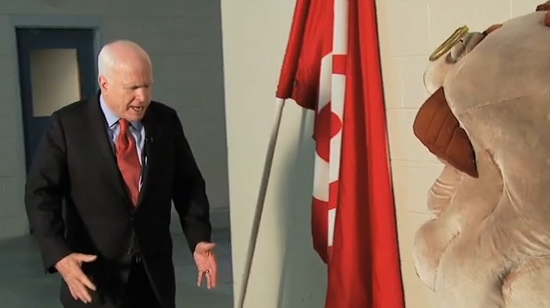 All of this appears to be leading up to the moment that many Nationals fans have been waiting 7 years for… Teddy winning a Presidents Race. It really seems like in this season where Washington has a playoff baseball team for the first time in 79 years, it’s time to Let Teddy Win! 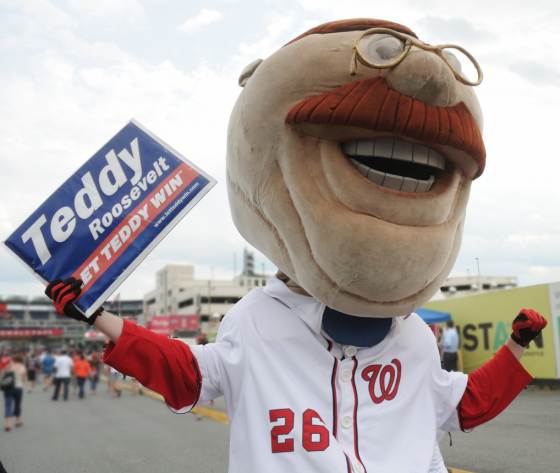