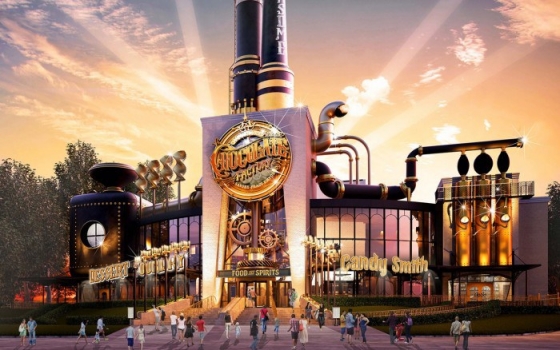 Earlier this year, the news broke that Universal Studios was building Willy Wonka’s Chocolate Factory at their Orlando Theme Park, although calling it something different. While that sounds absolutely fabulous and we can’t wait to visit, we can’t help but think of how awesome it must have been for Charlie to actually take over ownership of the original factory all those years ago. 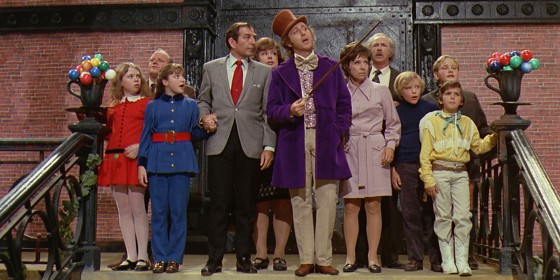 Welcome, children, to your new home. Can you imagine what your life would be like if you really called a giant magical chocolate factory your home every day? The sheer butt-load of wonders hiding around every corner just waiting…waiting to JUMP right out at you! Seriously though, if you really have no interest in living in a humongous factory surrounded by candy then you should just go ahead and check yourself into the psych ward. Here are five of the best things about owning and living in Willy Wonka’s Factory. That Charlie is a lucky bastard. 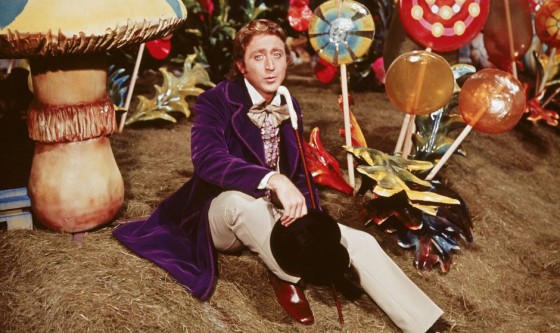 Seriously, it’s like the candy in this place was spawned semi-spontaneously from absolutely nothing! Rumors do say that the candy is really made from Oompa-loompas and not so much by them but, whatever it is, it’s still good. Of course, eating candy all day could (and would) have some serious repercussions on your health so you might want to eat out every once in a while. 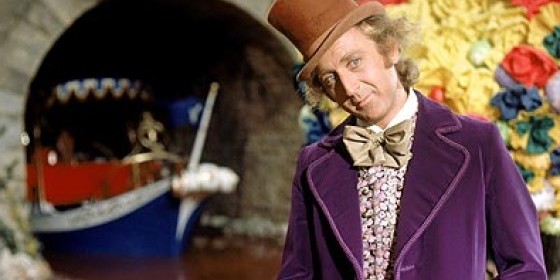 This factory is ridonkulously large and yet not a single toilet is ever out-of-order. That’s because of good ‘ol Mr. Wonka’s ingenious waste disposal system. It’s absolutely groundbreaking and it allows for all of the factory’s inhabitants (including about 1000 tiny Oompa-loompa dudes) to do their business in a perfectly clean and well-maintained environment with nearly no hassle.

Of course, at first the design can take some getting used to, but once you understand it, you’ll never go back to “traditional” waste management ever again. Just be sure to keep an open mind in the initial phases. Let’s just say it’s a good idea to know your chocolate rivers from your chocolate-colored ones.

Little known fact: in the 1971 version of the movie, the “chocolate river” was created by adding chocolate cream mix to 150,000 US gallons of water which subsequently turned rancid and stunk up the set. 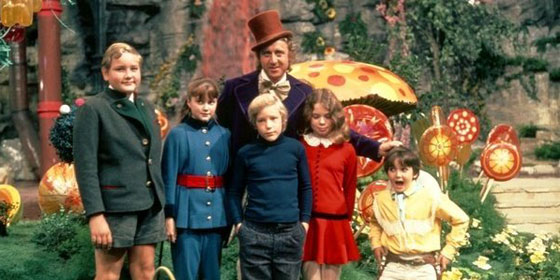 Your kids will be totally safe in this wonderful factory home. As long as they don’t wade too far into the chocolate river (or the waste disposal system for that matter), eat any of the strange chewing gums with blueberry pie flavoring, use the T.V. chocolate machine EVER or drink too much of that fizzy soda stuff in the room with the massive death-fan on the ceiling (totally necessary design).

You’d have a few (thousand) butlers 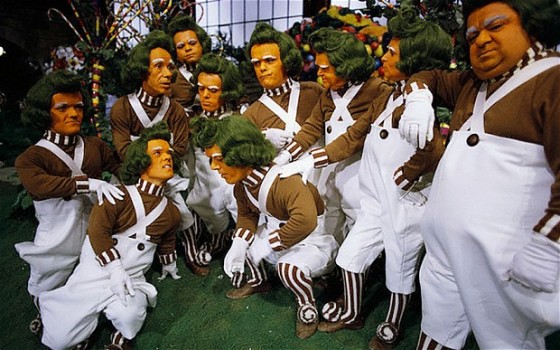 Every man in the world has (at some point in his life) desired to have his own personal butler (preferably named Jeeves) whom he could command to do anything his overly eager heart could ever desire. If you lived in Willy Wonka’s factory, you’d have just that! A bunch of tiny little guys watching your EVERY MOVE from the dark corners of each room in wait of your next call. Sounds great, right?

Giving you foot rubs, lunch, shaves, haircuts and even nose hair trimmings are fair game for your obliging butlers to trouble themselves with. It’s amazing what kinds of things you can get a bunch of tiny men to do for you…*ahem*…let’s move on, shall we?

Plenty of space for animals 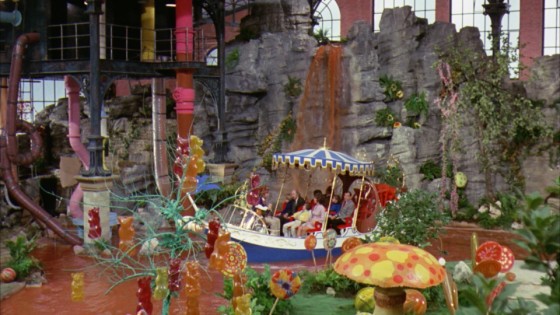 Are you a pet person? If so, then that’s quite alright in this gigantic factory! You’ll have all the space and resources needed to keep pets of any size in your massive crib. Anything from dogs and cats to cows and horses or maybe even a few whangdoodles and snozzwangers will have no trouble calling your place home.

Another fact for you: Peter Ostrum or ‘Charlie Bucket’ later became a large animal veterinarian and is now known as Dr. Ostrum. 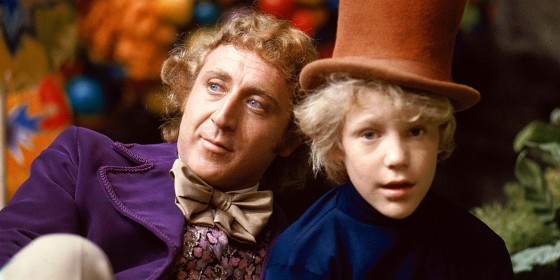 So there you have it, five reasons that Charlie won a pretty sweet prize. Who wouldn’t want to own Wonka’s Chocolate Factory?