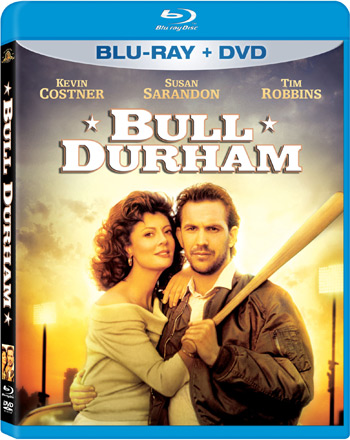 Nominated for a 1988 Original Screenplay Academy Award, Bull Durham is a “funny, sexy, literate love story” (Newsweek) about America’s other favorite pastime.  The baseball season gets off to a rocky start when the Durham Bull’s new catcher “Crash” Davis (Costner) punches out the cocky young pitcher, “nuke” LaLoosh (Robbins), he’s just been hired to train.  Matters get even more complicated when sexy Annie Savoy (Sarandon) informs both men that each season she chooses one player to share her bed – and Nuke and Crash are this year’s ‘draft picks.’

Gunaxin and Fox Home Entertainment have your chance to win the Bull Durham Blu-ray + DVD Combo. To be eligible to win, you just need to complete the following easy steps :

Name two other films Costner starred in that had a Baseball theme.