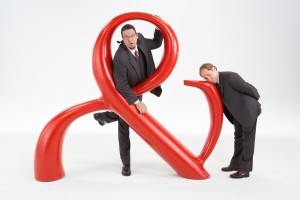 Penn & Teller: Bullshit, or just B.S.! as it is often seen labeled in more family friendly locations, is a show I discovered several years back thanks to the invention of television on DVD. I didn’t get Showtime when the show first premiered, but quickly caught up with the DVDs until such a  time I actually did get Showtime in my home. Now it’s something I love to watch, and the multiple Emmy-nominated show is great viewing. Particularly when there’s so little new programming on during the summer. And it’s also reminiscent of old school Craig Kilborn era Daily Show segments making fun of absurd and stupid people.

Not that the show is just about stupid people. It is also often quite entertaining, and even at times informative. Made possible by the award-winning magical duo of Penn and Teller, who use their trademark antics to examine (and often tear apart) the various ideas and institutions society holds dear. If you’re a NetFlix member, you might even be able to check out some old episodes through immediate viewing to get a feel for the show. 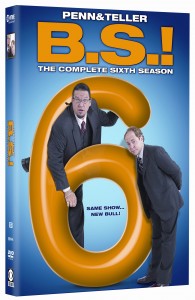 June 25th marks the start of their seventh season, and to celebrate that date, we here at Gunaxin are willing to give away a couple copies of Season 6, which was recently released on DVD. In case you missed it, that season dealt with such topics as World Peace, Stranger Danger, NASA, and Being Green. Season seven starts with a show on orgasms, and also will touch on the following ideas:

In order to be eligible to win the Season 6 DVDs, you must follow these two easy steps :