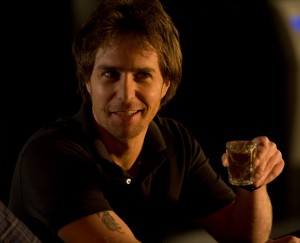 The good folks working to promote Choke on DVD noticed that we selected it as our DVD Pick of the Week. What does that mean for you? You now have the chance to win one of two copies of the film! Read on for more information:

To celebrate the DVD release of the subversive comedy CHOKE, which arrived in shops on 17th February, we’ve joined forces with Twentieth Century Fox home Entertainment to give you the chance of winning a copy of the DVD, which includes an array of exclusive features:

I’ll cut it off there, cuz it goes on for awhile. It’s good to see that Chuck Palahniuk is getting all Mavericky. I had assumed that Mavericks were out of style with the end of 2008. Apparently I was wrong, as they appear to be en vougue with press release writers. I’ve also gathered that this is a subversive comedy, which must also be part of the branding.

On a serious note, its a good flick, which is why we selected it for DVD Pick of the Week, and you should feel honored to win one. So how do you win? I’m glad you asked… Winning the prizes will be really simple. On Monday February 23rd, we will select 1 winner each from both our Twitter followers, and our Facebook group. In order to have the best chance of winning, you should join both. In the future we will have additional contests, and being members of these groups will make you eligible for those prizes as well. Good luck, and remember if you don’t win, go buy it.