In order to help introduce a new summer series on History, we have a fabulous prize pack to give away. Read on to find out about the show, and don’t miss the contest information at the bottom… 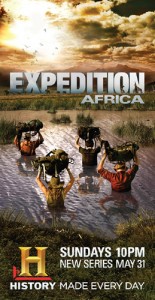 Watch the series premiere May 31 at 10pm/9c. Twenty miles off the coast of eastern Africa, four modern-day explorers are sailing toward the unknown, the deep interior of Tanzania. They’ll travel over 900 miles through African terrain that is as stunning as it is fraught with danger. Using only a compass and basic maps, they will attempt to recapture the spirit of one of the world’s most remarkable adventures—journalist Henry Morton Stanley’s perilous 1871 journey to find Dr. David Livingstone. Their historic exploration has been captured by one of the premiere storytellers of our time, Mark Burnett. This is not a competition or a game. It’s a real-life adventure. Join other fans on Facebook, follow History on Twitter, see more video on YouTube, and visit the official site. 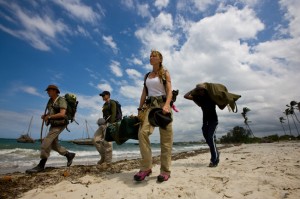 We have an Explorer’s Prize Pack to give away to one lucky Gunaxin reader:

In order to be eligible to win, you must do just two easy steps :