Win Stuff with Midgets vs. Mascots

Last week we introduced you to Midgets vs. Mascots, the epic tale of Midgets and Mascots competing for money and your entertainment. As we mentioned, we will be hosting a Pre-Party for a screening of the film to be held at the Tribeca Film Festival. Scottie Pippen will be there, but will you? The event will be held on April 26th at the Village Pourhouse in New York City. We have tickets to give away to people that would like to join us for an afternoon of free booze and hilarity. 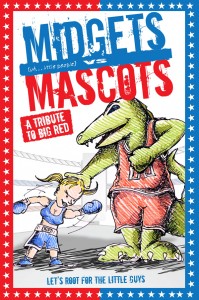 Below is the hilarious trailer for the movie. You can find this video, and many more on the Official YouTube channel.

In order to be eligible for the tickets, you must complete just two easy steps. We will then select the winners at random from the group of eligible entrants on Monday April 20th:

It’s that easy! If you aren’t among our winners, then you can buy tickets to the screening, and still join us for the Pre-Party for free drinks. To get into the party, all you need is a valid ticket to the screening.