The Wire is Awesome and David Simon is a Jackass 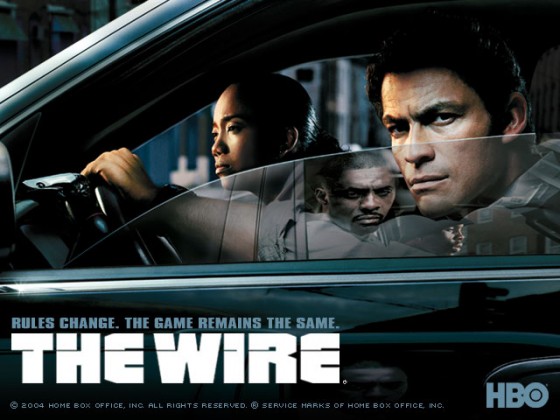 David Simon is a television genius. About this, there is no question. He’s brought us one great series after another, most notably The Wire, but also Homicide, Generation Kill and while less successful, the still very good, Treme. 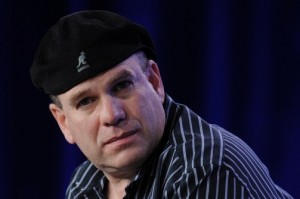 We know, hard to believe given he honestly tries to wear that hat.

Recently, Simon made a few waves after making comments that suggest he both lacks any respect for fans of his all-time classic show The Wire (which this particular writer views as the greatest show ever created), and questions anyone who does not watch his creations the way he intended.

In a recent New York Times interview, Simon went after people who make a living writing online, suggesting that knee-jerk reactions after each episode of a show are flawed, at best, and unconditionally misguided and idiotic, at worst. In the interview, he calls out people who “arrived late” to The Wire, and to make a long story short, he comes off as one of those douchebags who claims if you don’t discover a band when they’re still playing dive bars you can never truly appreciate them. In this case, the indie band is The Wire, and the latecomers are, well, pretty much everyone in the world since very few watched The Wire when it debuted on HBO.

Included among those who came late to is Bill Simmons, ESPN columnist and editor-in-chief of Grantland, who has written at tremendous length about how phenomenal The Wire really is, and whose website, as it happens, was responsible for the passively hateful dreck spewed by Simon about people who don’t truly “get” his creation.

You see, back in March, around the time March Madness was heating up, Grantland had the audacity to stage a “tournament” in which fans of The Wire could vote for their favorite characters to determine, ultimately, who the greatest character from this landmark show filled with memorable characters truly was. 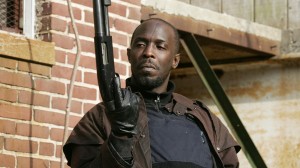 (SPOILER: It was Omar, which makes sense seeing as he’s one of the best TV antiheroes of all-time)

Simon took offense to this, because apparently people enjoying specific characters, scenes and seasons somehow takes away from the viewer’s ability to appreciate THE ALL-IMPORTANT MESSAGE he’s trying to get across. Because lord knows, you cannot truly appreciate THE ALL-IMPORTANT MESSAGE of a television show until you’ve watched the whole thing, and if you favor one character over another. The point is that apparently David Simon would never be in favor of tweens rocking either Team Barksdale or Team Stanfield t-shirts.

Simon recently attempted to clarify the point he was attempting to make in an interview with HitFix writer Alan Sepinwall and more or less utterly failing, trying oh so hard to back off his point while still coming off as a pompous blowhard, going so far so to reference himself in the third person multiple times. Even in the wake of his attempt at backtracking, Simmons — a die-hard Wire fan who has professed his love for the show many, many times while working for ESPN, and has given the show a much larger platform than it ever enjoyed when it was quietly chugging along in the shadow of shows like The Sopranos — casually mentioned in a recent column that the staffers at Grantland will no longer be mentioning the show by name because of how poorly Simon has reacted to this entire situation.

Look, David Simon is a brilliant television writer who is most certainly entitled to wanting any of his shows to be viewed in the manner in which he conceived them. That is absolutely his right. But at the end of the day, he really, truly does come off as a condescending asshole who doesn’t seem to comprehend that the more people talk about his show, the more word will spread about his show. The more that word spreads about his show, the more people will seek it out and watch it, and begin to understand the plight of cities like Baltimore, where the war on drugs surges onward and the few good natural police are powerless to stop it. 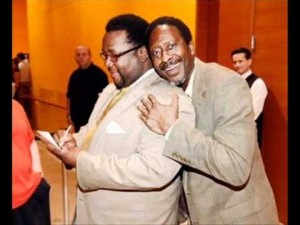 Mainly because they're too busy signing autographs and hugging each other.

Because at the end of the day, David Simon, being popularized and having your show talked about, even in ways that you might not have necessarily intended, opens the door to discussion. It brings even more eyes to your show, and with them more minds into the fold. It doesn’t matter if the discussion boils down to whether or not Omar was a cooler character than Stringer Bell or Jimmy McNulty, because in order to first come to these conclusions, a viewer must have actually, you know, watched the freaking series. Your message is getting across loud and clear.

We just wish you didn’t have to be such a raging douche about it.