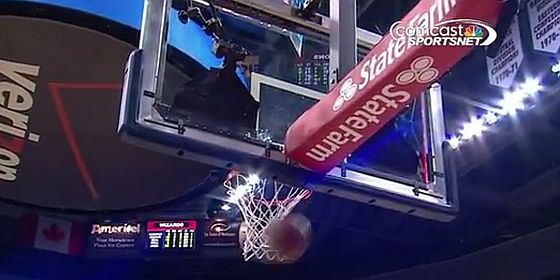 Anyone who watches the Washington Wizards regularly knows that, when the team earns a rare win, announcer Steve Buckhantz calls “Dagger.” For the first time in history last night Buckhantz had to retract his signature call, after mistakenly thinking that an airball was a game winning three pointer.

Down one late in the game to the visiting Pistons, the Wizards freed up Trevor Ariza for a game winning shot from the sideline. Ariza launched the three, which prompted Buckhantz to make his call when it looked to have gone in for the game winning points. Unfortunately for both Buckhantz and the Wiz, the shot actually fell short of the rim, and only clipped the net on its way to the ground. The Pistons defeated the Wizards 96-95, but the Wizards broadcasters were the real losers last night.