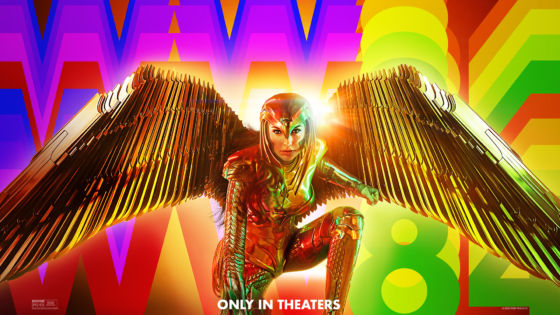 When director Patty Jenkins rolled cameras for the first time on Wonder Woman in 2015, the world was in a different place, with specters of nationalism and authoritarianism creeping out from deep within. Her film was a call to arms of sorts, encouraging empowerment and courage in the face of these notions, but by the time the film was released in 2017, the tide had rolled in. Like a dangerous undertow, we could either fight the currents or go along, but it was impossible not to be affected one way or the other. 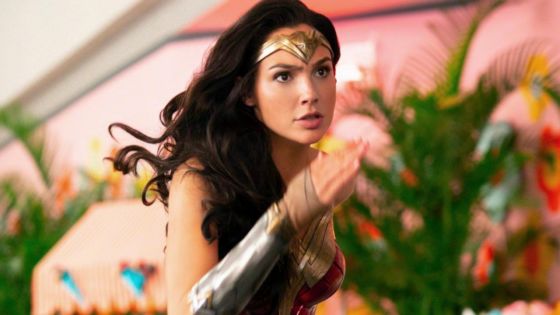 Now, as Wonder Woman 1984 (WW84 is its official title, stylized as such in all three title cards and in marketing material) makes its debut, we in America have seen unbridled government corruption, obstructionism, and abandonment; a reversion to overt racism, resulting in multiple protests and riots; a walking back of measures designed to lessen our impact on climate change; fascist marches; conspiracy theories growing out of control and used to actively harm others; and a struggle against extrajudicial murder, which the self-righteous judge as merely another reason for looting. We’ve seen unsolved lynchings of black males, and daily statements and actions from those in power further cement the belief that the poor are nothing but a drain on society and that help is only for those who can afford it. There is a sickness in America, both figurative and literal, and a maddeningly large number of people refuse to believe either of them is real, even unto their deathbeds. 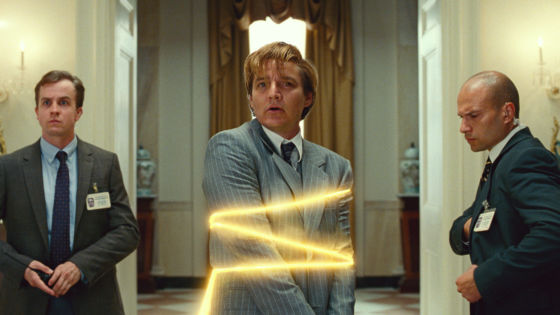 So when a bright ray of sun – no matter how hammy or cliché it might seem – breaks through the darkness to entertain and encourage us once again to examine ourselves and step as one in the right direction, it’s worth looking hard at why it says what it says and how it does what it does. At first glance, we might think Patty Jenkins, returning as both director and co-writer, has burdened the film with an overly-exaggerated, more-comic-book-than-was-intended feel. The understated, muted, wartime vibe of WW84’s predecessor gives way to hyper-bright colors and acting turned up to 11, with Gal Gadot and her character Diana Prince remaining as our only stabilizers throughout. 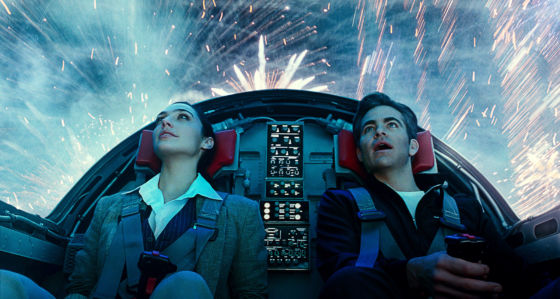 To be honest, she’s got a devil of a conundrum on her hands. Early in the film, she takes it upon herself to look out for her co-worker, the nerdy, awkward gemologist Barbara Minerva (Kristen Wiig) whose sudden popularity and allure might have something to do with a mysterious stone recovered in a heist gone wrong. Ponzi schemer Max Lord (Pedro Pascal) wants this stone more than anything as it will grant all his wishes, freeing him from his flimflam life and giving him the power and wealth he’s always wanted. What’s more, Diana has to also endure lost love Steve Trevor’s (Chris Pine) sudden return, appearing out of nowhere and wondering how the hell he got there. She also has to work through all of this and battle ‘80s attitudes toward women… and the clothes. (Except hers, which make her – both Diana and Gadot herself – look spectacular.) 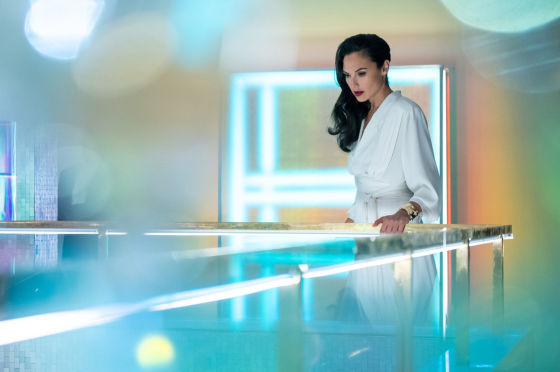 This film is about the shortcuts we take to try to get ahead or obtain what we want in life, even if it’s impossible or completely and inappropriately against nature. The IMAX-framed opening shows Diana’s first lesson in using less-than-honest tactics in a Themysciran quadrathlon, a lesson which echoes throughout this movie as the stone’s wish-granting capabilities are used to often-disastrous ends. A wish can be granted, but something has to be given in exchange, balancing the wish with some kind of physical or figurative payment. Diana is the film’s antagonist, trying to stop Max from amassing unworldly power and Barbara’s lethal evolution; she’s also at war with herself, wanting things with her and Steve to remain status quo, unwilling to acknowledge the fact that he shouldn’t even be here. And yet, the prices paid for each subsequent shortcut start to grow in severity, pushing the world to the brink of ultimate chaos.

W.W. Jacobs’ “The Monkey’s Paw” and Richard Matheson’s “Button, Button” serve as springboards for the morality of Jenkins, Geoff Johns, and David Callaham’s screenplay. Shortcuts do not come without consequences, and Jenkins ensures our understanding by taking opportune moments to inject reprehensible and emotionally devastating moments into a movie which revels in its era and surroundings. The madness of ‘80s excess, trends, and goals play right into the film’s flesh and bones, from sleazy male come-ons to status symbol automobiles to the Cold War. It was a time of want and consumerism, but Jenkins doesn’t try to make it comical; while there’s one intentionally humorous swipe at ‘80s fashion, the rest of the film sinks itself into the period, not trying to make point-and-laugh examples of what we used to be like back then, which is one of the film’s more admirable qualities. 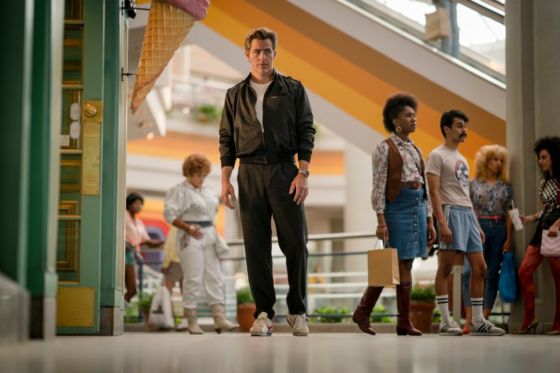 (Author’s interjection: The opening scene was shot at the now-defunct Landmark Mall in Alexandria. While colorful and full of throwback stores which were actually there – Waldenbooks, the food court, Tape World – the mall as you see it in the film did not exist in 1984. It was an outdoor mall with three anchor stores, and it was a lot of fun to walk around. Then again, they don’t specify where in the D.C. area the mall is located, and it’s not named Landmark Mall… but it was nice seeing the place alive again.) 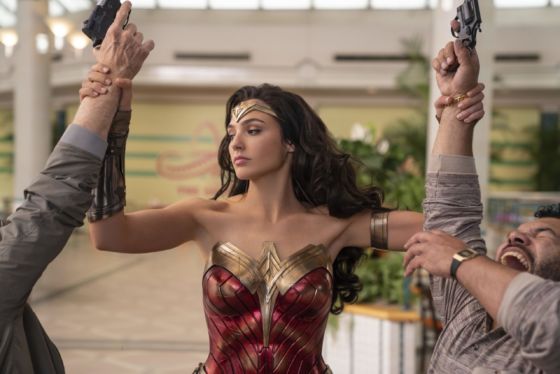 Jenkins grabs a tangible piece of 1984 and tries to make sense of our current-day troubles, even so far as to be prescient in how we as Americans dealt with the novel coronavirus. We wanted to be free to do what we wanted, but a lot of people weren’t willing to do the work – not even so much as the little action of putting on a mask – to stop the spread. Instead, we skipped straight to the vaccine. Much like Pedro Pascal’s con man Max, we want the reward but don’t want to put in the time. Max has the ultimate shortcut to power and riches, and he can only think to use it to make himself Number One – forget repairing his relationship with his son, he’s got bigger fish to fry. Sure, he tells himself he’s doing it for a noble cause, and the manic fervor with which he believes this puts him on the level of – and satirizes – megachurch, “prosperity gospel” shysters who ask their flock to believe in God’s demands that they give their pastor more money. Here, instead of money, it’s wishes and what the wisher sacrifices to have it come true. 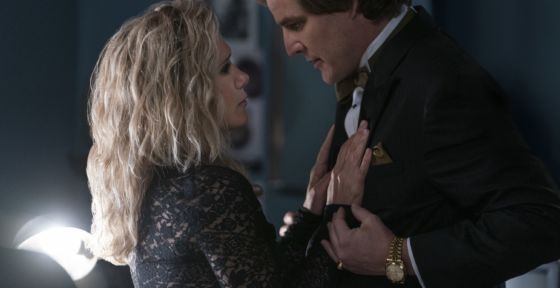 But at the heart of it, WW84 takes its aim at the people who put power over humanity, which is what all three of our main combatants – Diana included – are guilty of doing. Although Diana walks the world with her head held high and her best intentions in front of her, there are faults, as with all of us, which stop her fully succeeding. Gadot returns to the role with a good mix of wariness, wide-eyed delight, physicality, and intelligence, and she has truly made her version of Diana Prince a touchstone for the DC Extended Universe. Diana may be an immortal Themysciran and someone who’s seen it all, but Gadot has a beautiful way of making sure Diana doesn’t come across as jaded or know-it-all, thus allowing us to be a part of her journey. Countering her with cute bookishness which turns into deadly anger is Kristen Wiig, whose surprising turn as Barbara Minerva lends even more humanity to this film. We’ve all been on the outside looking in at one point; Wiig channels that feeling and grabs our sympathies through each step of her transformation from milquetoast to monster. 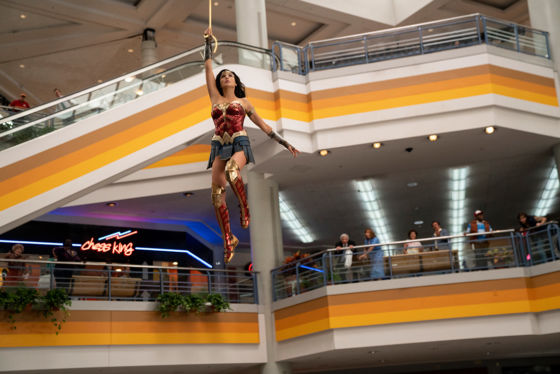 What also separates WW84 from the pack is that we’re not really rooting against any of the “villains,” so to speak. Yes, Barbara has had enough of being a pushover and won’t take it anymore, and Max just wants his kid to be proud of him. Even the final confrontation between Diana and Barbara has a touch of sadness due to Barbara not being able to see what’s really happening. Both Barbara and Max can’t seem to think beyond their own selves, which isn’t so much of a crime as it is a character flaw. By not having a supervillain with an evil purpose, WW84 becomes more of an introspective piece that asks the viewer to consider their own choices and if they’ve helped make the world a better place. A film can always be considered just a film, and WW84 is no different, but there’s more to it than just action and romance. It’s a plea for compassion dressed up in a superhero movie, and it sneakily lands its punches to great effect.