Humor > News > Won’t Someone Think of the (Rabbit Throwing) Children?

Won’t Someone Think of the (Rabbit Throwing) Children?

Share
Tweet
Pin
Apparently, the rural town of Waiau, New Zealand has yet to get cable.  At least we hope like hell that’s why, and we quote, “one of the highlights of the social calendar” is a contest in which children see how far they can throw a dead rabbit.  We’re not sure who came up with this absurd and hilarious competition, but we’re guessing he wants you to be bewwy, bewwy quiet. 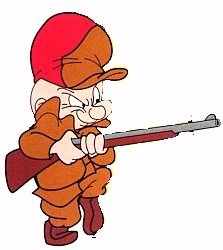 "How much you wanna bet I can thwow a wabbit ovuh them mountains?"

Unfortunately for the 400 or so residents of this small town, this year the children won’t get their chance to see how far they can chuck Bugs Bunny, because some guy named Charles Cadwallader says so.  Cadwallader, who owns the title of animal cruelty inspector and apparently enjoys depriving Kiwi children of their happiness, has decided that for some bizarre reason, throwing dead rabbits is inappropriate.

(video is too blurry to be wrong, we swear)

Asks Cadwallader in one of the most hilarious arguments of all time:

Do you throw your grandmother around for a joke at her funeral?

Charlie, you probably shouldn’t ask questions to which you don’t want an honest answer.  Seriously, have you ever been to an Irish wake?

In any event, it seems a little strange that a guy like Cadwallader would step in after the rabbits have already been killed.  Isn’t he a little out of his animal cruelty jurisdiction?  Now, if we’re talking about hurling live rabbits, then maybe he’d have a case.  And then we’d be even more outraged over his decision to stop the time honored tradition of this little New Zealand village, because nothing screams awesome like throwing a tight spiral with a fluffy bunny. 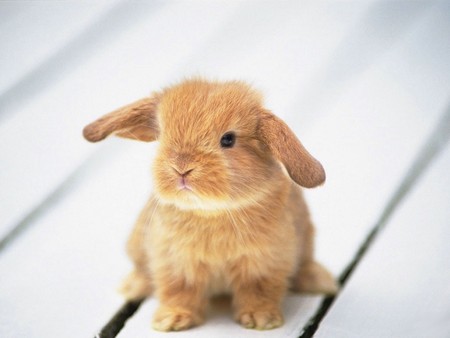 Look at the smug little bastard. Don't you just wanna pick him up and fire a fastball?

Besides, according to Jo Moriarty, Cadwallader’s accusations of animal cruelty are baseless.  And if anyone knows a thing or two about whether or not the treatment of animals is in fact cruel, it’d be Jo, who organizes the pig slaughter hunt every year.

You know, the children of the community are fantastic, they love their animals.

We’re trying awfully hard not to take that statement too literally, but considering it’s a backwoods village of 400 people, we’re just not sure we can do it.