As you may or may not be aware, the 2009 World Baseball Classic is scheduled for the beginning of March. Baseball’s attempt at a true international competition, it is a follow up to the inaugural 2006 World Baseball Classic won by Japan over Cuba. I’ll admit that the idea of an international tournament that features Major League players is a great idea on paper. Baseball is an international sport and a grand tournament could be exciting in the same way World Cup Soccer or Olympic Ice Hockey are. And there’s no current tournament that even comes close to getting the best players in the world on the same field. Great idea in theory. The problem is in the execution. 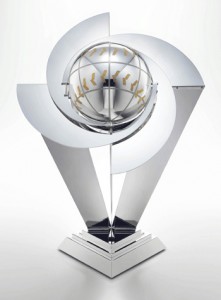 Held during Spring Training, many top players either choose not to participate or are far removed from peak form. In fact, there’s evidence to suggest that pitchers that participate, particularly starters, suffer as a result. Noted statistician Nate Silver did some analysis after the 2006 event. This has made many Major League clubs reluctant about their players participation. And if countries aren’t sending their best players combined with the fact players that do participate are often far from top form, is it really that great of an event? So while we can debate on how successful or exciting the actual World Baseball Classic is, we can also imagine what an ideal tournament would be. We at Gunaxin will attempt to construct the best teams the various countries can put together, regardless of what players that team actually fields in March. This is a best case ‘What If’ kind of scenario. One day we might actually see teams of this caliber play each other. In the mean time, we’ll make do with whatever teams are fielded in March.

To being with, we’ll go over the format. As was the case for the 2006 tournament, the 16 teams have been split into 4 pools of 4 teams each. In a change from last time, the teams will forego round-robin competition and instead shift over to a double-elimination format. This means countries are only guaranteed of playing two games before possible elimination. The top two countries from each pool in the first round will advance and form two new groups. These new groups will again make use of double-elimination to determine the four teams qualifying for the semifinals. If it sounds familiar, this format is similar to what the NCAA uses in the Division 1 baseball playoff. The initial pools have been set-up as follows:

We will do a full preview on the teams with the most Major Leaguers, plus abbreviated previews on the other nations. At the end, you can post your predictions. Here’s  a handy index of our schedule of previews: