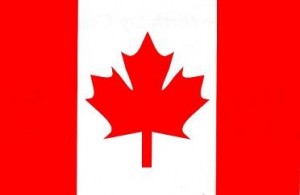 Updating our World Baseball Classic 2009 Preview, today we examine Team Canada. No country went from excitement to disappointment faster than the Canadians last World Classic. After escaping the upstart South African team with a ninth inning rally, Canada pulled off an upset of its own with an 8-6 victory over the star-studded United States team. Sitting at 2-0 in pool play, Canada looked like a strong bet to advance. However, a sound defeat to Mexico left Canada sitting home once the tiebreakers were sorted out.

Looking ahead to this year, Canada isn’t exactly loaded with a ton of major leaguer players. And while there is some star level talent, including 2006 AL MVP Justin Morneau, there is a serious lack of depth. This is complicated by injuries and withdrawals. An ideal Canada team would include mostly big league regulars, but once everything shakes out, expect the actual roster to be filled with new faces from the minor leagues and other assorted locales.

The national team is managed by Ernie Whitt. 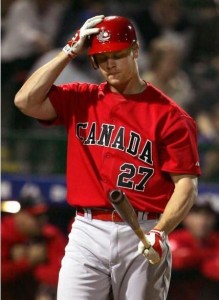 The trio of Bay, Morneau, and Martin are all talented All-Star caliber players which form a great offensive core. Youngster Joey Votto is fast approaching that level and could help give Canada a quartet of talented hitters. But that’s where the real difference maker level talent ends. Sure, Canada can fill the corner spots with competent players. Stairs and Teahan are not terrible players (Note: I moved Teahan back to his original 3B position), but they’re not as strong as what other countries will field. More troublesome is how Canada is hurting up the middle.

Journeyman Pete Orr will probably man second base, and Stubby Clapp will come out of retirement and be a viable option at short. Neither is a big league regular. Centerfield is another problem spot, where Adam Stern could man the spot. And all three positions offer little depth there. I included some of the more noteworthy names on Canada’s bench, but it will mainly consists of minor leaguers and guys the average fan has never heard of. For the future, keep an eye on Weglarz, a top prospect, and Lawrie, who recently became the highest drafted Canadian position player. 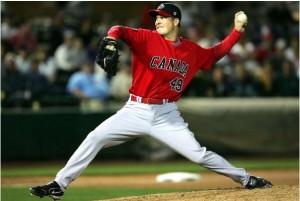 Although listed, Harden has already pulled out of the Classic due to a balky shoulder. In Harden’s case the injury may be legitimate as he’s always hurt. But it also illustrates the point that many players bow out of these games. Bedard is also recovering from an injury and won’t participate, but he’s been the nation’s best pitcher over the last several seasons. Ditto for Hill, who like Harden always seems banged up. That’s three of Canada’s thin group of pitchers removed from selection.

So what remains? Dempster and Francis are the obvious big names and have had some Major League success. After them, it again falls to minor league prospects like Aumont. In the bullpen, Jesse Crain is probably the best bet for closer, although Gagné has more experience in the role. If he can regain even his 2007 form, he’s the nation’s best option. 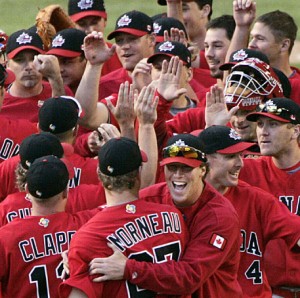 Outlook: Canada did about as well as could be hoped in 2006 and still didn’t advance out of the first round. Their draw is even harder this year as they have heavyweights Venezuela and the United States in their pool. While they have the talent to upset either nation on any given day, sustained success against the elite countries seems remote. The most likely outcome is another first round exit.