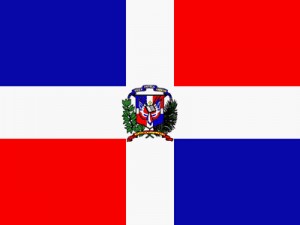 Updating our World Baseball Classic 2009 Preview, today we examine the Dominican Republic. Loaded with Major League players, the country only managed to finish 4th in the 2006 World Baseball Classic, losing in the semifinals to Cuba (which the team already beat in earlier rounds). Compared to how the United States fared, that’s not bad. It was the country’s first real attempt at international baseball success as most of the top players sign professional contracts at a young age, limiting selection in most tournaments. As a result, The Dominican Republic hasn’t even qualified for an Olympics since 1992.

That doesn’t mean baseball isn’t huge in the Dominican. On the contrary, professional baseball has become an important part of life on the island nation. Not only do the best players get to make big money in the Major Leagues, but the country has a professional league that runs from the end of October through February. The top two teams advance to the Caribbean Series to play against the champions of Mexico, Venezuela, and Puerto Rico. Ozzie Virgil was the first Dominican to play Major League baseball, and by the mid 1950s the success of Juan Marichal and the three Alou brothers allowed the Dominican Republic to become internationally recognized as a hotbed of talent and the home of winter baseball.

The national team is currently managed by Felipe Alou and the general manager is Stan Javier. 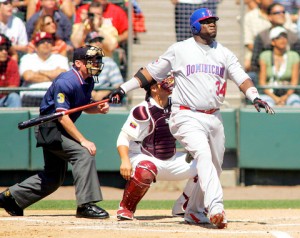 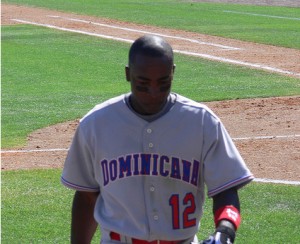 Offensively, the Dominican is loaded. It has the reigning NL MVP and game’s best hitter in Pujols. It also has last year’s AL MVP in Alex Rodriguez, who decided to represent his birth nation in this Classic. And behind them it has a bevy of big names ranging from Hanley Ramírez to David Ortiz. It has so many big names, guys like Aramis Ramírez and Rafael Furcal are forced to the bench.

But despite the top end talent, a few questions do remain about the Dominican’s line-up. The first is who plays up the middle in the infield. Hanley Ramírez is too good to sit, but he’s not a strong defensive shortstop. I slotted him to start at short, but that forces José Reyes to shift to second. He’s played there before, so it shouldn’t be an issue, but the team could turn towards natural second baggers like Polanco or Canó. It may also choose to use one of these guys in center, as that’s the next issue. The best natural centerfielders are guys like Taveras, Cabrera, or Gómez. None of them is a great hitter right now, so options can be explored. If one can suffer Soriano’s defense in center, it allows Ramírez and Guerrero to also play the field and form a potent offensive outfield. It’s also a horrid defensive outfield. Finally, there’s the catcher position which is littered with poor options. I chose Olivo over Paulino and a host of career back-ups. The rest of the bench can be selected from the group of names listed above depending on how you arrange the starting line-up. 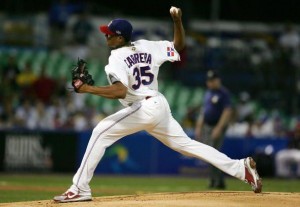 The country has seen two of its star pitchers, Colón and Martínez, ravaged by injuries since the last Classic. At what level either can produce at this point of their careers remains to be seen. They are listed here more for what could have been than for actual contribution going forward. The heavy lifting will have to be done by others, but the good news is there are plenty of options. Santana and Volquez were both awesome last season, and Liriano came back from Tommy John surgery with a vengeance. Depth starts to become a concern, but Jiménez has made an impact for the Rockies and both Cueto and Carmona have had some big league success. Guys like Batista and Pérez are solid veteran options further down the depth charts.

The bullpen should be anchored by Francisco Cordero, with Carlos Marmol providing solid set-up work. Valverde is another strong reliever, and one who led the league in saves two seasons ago. Marte can be a left handed specialist and Rodney is another consistent option. I also listed Salomón Torres, who retired this offseason, but could be coaxed to make a national team appearance. More likely the team will take some other relievers, such as Pérez or Peña to fill out the roster. 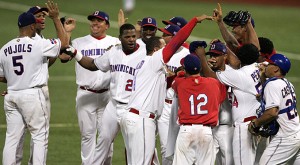 Outlook: The cliché is that pitching wins in short series, and the World Baseball Classic is just that. With a lack of great depth or consistent superstud talent, it could be the Achilles’ heel that does in the Dominican. Not that the pitching will definitely be bad. But none of the pitchers on the Dominican side has a track record of consistent success AND health. The offense is loaded, and no matter who takes the mound, the country’s always going to be in contention. Still, I suspect the depth on the pitching side combined with a so-so defense will cost the team at some point as they likely fall short of the championship.