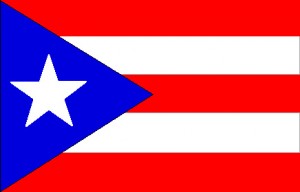 Updating our World Baseball Classic 2009 Preview, today we examine Puerto Rico. Although a territory of the United States, the island of four million people is a self-governing commonwealth and competes on its own in many sporting contests, including the Olympics. Baseball has become a large part of the culture, and the island has produced Hall of Famers such as Roberto Clemente and Orlando Cepeda.

In 2006, Puerto Rico went undefeated in pool play, including a defeat of eventual runner-up Cuba. They also beat the Dominican Republic in the second round before falling to Venezuela and in a re-match to Cuba. This landed Puerto Rico in fifth place in the final standings. In 2009, Puerto Rico will have early home field advantage as they face the Dominican Republic, Netherlands, and Panama in first round action at San Juan’s Hiram Bithorn Stadium. You might remember the stadium from the games the Montreal Expos played there a few years back.

The national team is managed by José Oquendo. 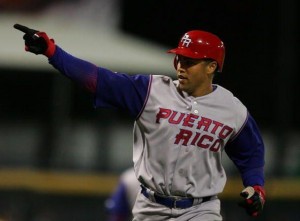 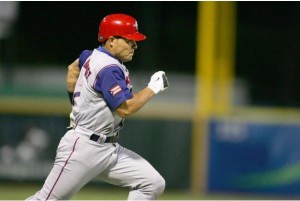 If there’s one thing Puerto Rico is good at, it’s developing catchers. I plugged defending Rookie of the Year Soto as the starter, but this is the island that also produced Pudge Rodríguez, Posada, and the flying Molina brothers. Not to mention the recently retired Javy López. That’s a lot of talent from a very small population. Posada won’t participate in this year’s Classic (nor will Lowell), but as with all the nations in this preview, this is a best case scenario. You might see Yadier Molina behind the plate for his defense, with Soto shifting to DH or another position.

The rest of the offense is reasonably strong, both offensively and defensively. Mike Aviles had a strong rookie campaign for the Royals, and López makes a passable second baseman. Delgado remains the big slugger anchoring the offense.  The one area of conern is the outfield situation, which is a bit thin after Beltrán and Rios. I chose Montañez to start in the final spot, but you could see Bernie Williams here. I’m not sure Williams really has anything left in the tank, but he brings a big name and there’s little competition. Montañez spent most of last season tearing up AA, but is not much of a prospect. Besides catcher, the bench is basically big league reserves or minor leaguers. One name to watch for the future is Dodgers prospect Iván DeJesús, Jr., son of former big leaguer Iván DeJesús. 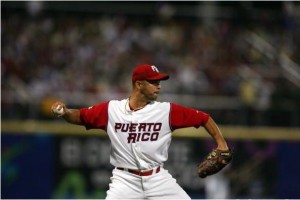 Overall, I’d rate the starters for Puerto Rico as a strong group. Although all the listed pitchers have had ups and downs, all are capable above average big league hurlers. Vázquez has the longest track record of success, and will be asked to anchor the rotation. However, Piñeiro had a nice bounce back season last year and Sánchez took a large step forward, providing depth beyond Vázquez. Snell is another capable arm that had a very strong 2007 season before a downturn in 2008.

The bullpen is much more of a question mark. There’s no shutdown closer, and none of the names really elicit fear from opposing hitters. Romero is more of a left specialist and Cabrera has shown to be too prone to the home run to be successful in the majors thus far. That leaves only a few major league names to choose from for a closer. I installed Calero in that role due to some past success in relief, but any of the names can realistically be expected to fill any role in the bullpen. 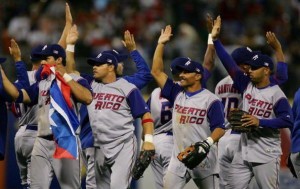 Outlook: Puerto Rico boasts an amazingly strong squad considering how small the island is. The offense is pretty solid, both from a hitting and fielding standpoint. The starters have top end potential, even if a number of them have been inconsistent from year to year. The one sore spot is the bullpen, where everything would feel a lot more comfortable with a better closer. The pitchers available are not bad, but there’s not that proven guy back there. If Puerto Rico has the lead late in the game, would you feel safe with the current staff? I still like the island territoy to do very well, but ultimately fall short in the ’09 Classic.