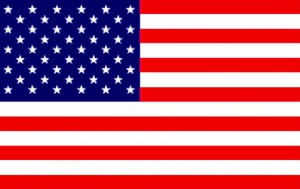 Updating our World Baseball Classic 2009 Preview, today we examine the United States. No nation garnered more attention for their performance in the 2006 Classic than Team USA as the nation exited the tournament surprisingly early, eliminated when it lost to Mexico in the second round. This was after a first round loss to Canada and a second round loss to South Korea. Despite those defeats, the country still controlled its own destiny when it faced Mexico, with a spot in the semifinals up for grabs. However, a loss to Mexico eliminated the team and left the overall record at a disappointing 3-3. Officially the team finished 8th overall.

This year provides an opportunity for redemption, and the U.S. roster will again be stacked withstar power. Every country runs into problems about fielding their best players, but withthe U.S. squad the issue is largely moot. There is so much depth that the absence of one or two big names will not really be noticed. For example, at second base the U.S. can choose from Chase Utley, Brian Roberts, or Dustin Pedroia. If Utley doesn’t play, Roberts or Pedroiaare fine alternatives. Meanwhile a country like Canada is simply hoping for Pete Orr to fill the position. That’s not exactly the same kind of player. This depth keeps expectations high, but allows for a better on-field squad.

The national team is managed by Davey Johnson. 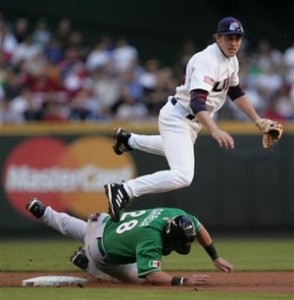 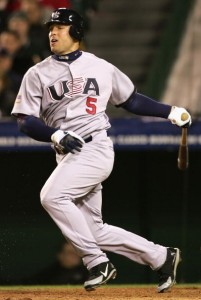 Mauer was going to accept an invitation, but has pulled out due to kidney surgery. McCann is a fine fill-in, but Mauer would have been the top choice behind the plate. At first there’s are plenty of options between all-stars like Teixeira, Berkman, and Ryan Howard. Can’t really go wrong there. The only position where the team might be considered thin is at shortstop where Derek Jeter and Jimmy Rollins remain the best options. Still a big name, Jeter has never been a strong defensive player and his once top notch offensive game has begun to slip. Rollins is the 2007 NL MVP, but he’s not quite to the level of elite shortstops like Hanley Ramirez or Jose Reyes. Still, he’s a fine option in the hole. Another option would be someone like Troy Tulowitzki, an excellent glove man who regressed on offense in 2008.

The outfield has plenty of choices as well. Sizemore is one of the game’s best players, and Quentin and Braun were MVP candidates last season. Quentin might have won the hardware had he not gotten injured. It’s hard to leave a bat like Josh Hamilton out of the starting line-up, but I don’t see him as better option in center than Sizemore. He’d be a fine choice in left or right, if you’re willing to play him slightly out of position. I wouldn’t argue that strategy. Matt Holliday and Nick Markakis are also very strong bets to play in the outfield, and B.J. Upton can basically act as a utility man of a team like this. 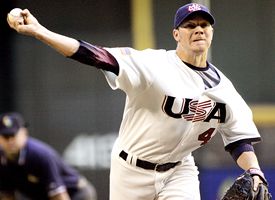 The starting rotation has simply way too many options, and I’ve selected what I view as the top four candidates. That includes the last three NL Cy Young winners plus C.C. Sabathia, who won the AL Cy Young the year before last. All are aces of their respective club teams. That leaves plenty of big names for the bullpen. And while there are some great natural relievers to choose from, starters are generally the better pitchers. Allowing a guy like Scott Kazmir or Cole Hamels to come out of the bullpen only makes the team that much better.

As for true relievers, the two best options are Nathan and Papelbon. I’ve listed Papelbon as the set-up man, as I like his ability to go more than one inning if needed. Both are among the best closers in baseball.  Chamberlain has been excellent in relief and is another useful arm, with guys like Bobby Jenks and B.J. Ryan providing depth. 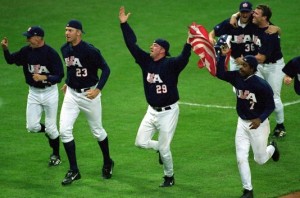 Outlook: Anything less than a championship will be viewed as a disappointment. That’s understandable given the considerable talent on the U.S. team, but it’s a bit of an unfair expectation in a short tournament with single elimination involved. Baseball’s not the kind of sport where the best teams dominate. At the Major League level, winning sixty percent of your games makes you pretty good. So the chances of losing one of the final games remains strong, particularly against top nations like the Dominican or Venezuela. Still, the United States is the odds on favorite to capture the championship in 2009.