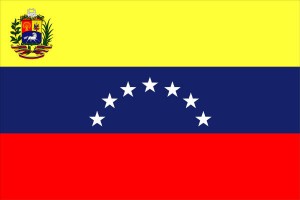 Updating our World Baseball Classic 2009 Preview, today we examine Venezuela. South America’s lone entry in the World Baseball Classic, the country offers some of the best baseball found anywhere in the world. The 2009 squad should be stacked on the mound and at the plate in an attempt to vindicate a less than stellar showing in the 2006 Classic where the team sputtered out in the second round. Although the team has a tough early round pool with Canada and the United States, the expectations remain high for 2009.

The national team is managed by Luis Sojo. 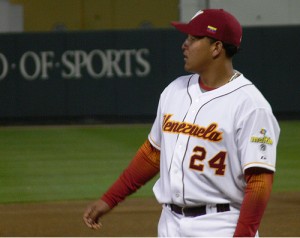 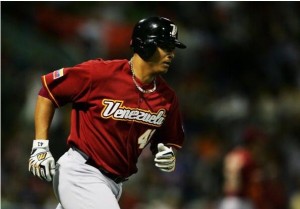 I’ve juggled the line-up around a little to account for the team’s strength behind the plate. Granted, it’s not Puerto Rico strong, but there’s definite talent to choose from. Starting is Dioner Navarro, although big leaguers Hernández and Torrealba are decent options, as is prospect Max Ramírez. Maybe the best option would be Víctor Martínez, but he sees time at 1B and DH for the Indians, and we’ll slide him over to designated hitter instead to alleviate the logjam at catcher.

Miguel Cabrera will man first base, although Martínez could also start there and have Cabrera shift back to his natural 3B position. Granted he’s not a good glove there, but he played third up until last season and should suffice in a short tournament such as this. Melvin Mora would be the alternative to Cabrera at third, and a pretty decent one at that. The rest of the infield is also loaded, led by Cabrera’s teammate Carlos Guillen. Guillen also shifted off his natural shortstop position last year, but is plugged back in the hole for the Classic.  Another option is the superb leather of Omar Vizquel or the two Izturis brothers, Cesar and Maicer. At worst, the latter two provide plenty of all-around help. Lopez will round out the infield at second.

The outfield is headlined by another Detroit Tiger, slugger Magglio Ordóñez. He’s joined by Bobby Abreu, which fills the corner slots. For the hole in center I chose Carlos González, although Endy Chávez is a better fit defensively. Neither is an elite bat, making either option viable. Juan Rivera is another outfield possibility, and he can also see time at DH. 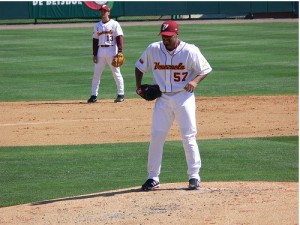 Johan Santana is the superstud on this pitching staff (and really on any staff he’s on), but right behind him is the Big Z, Carlos Zambrano. Félix Hernández is next in line, and people seem to forget that he’s still only 22 (he’ll turn 23 early next season). King Félix still has a lot of potential, and is already a pretty good major league starter. I gave the final starting spot to Silva due to a long track record, but another Tiger, Armando Galarraga is an option. Silva relies more on defensive excellence behind him, which is not Venezuela’s best attribute.

The bullpen has new single season saves leader Francisco Rodríguez, plus a strong set-up man in Rafael Betancourt. The rest of the spots will be filled by a variety of major leagues, either starters that could crack the rotation or normal bullpen guys. Kelvim Escobar is coming off injury and won’t participate, but he just helps illustarte the pitching depth the nation has. 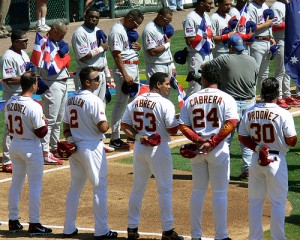 Outlook: This team looks really good on paper. Top end starters, offensive stars, and great depth. If I nit pick, I can say the bullpen’s a little thin and that the glovework could lead a bit to be desired, but on paper this team is as good as any. And yes that includes the United States and the Dominican Republic. They have the potential to go all the way to the Championship.