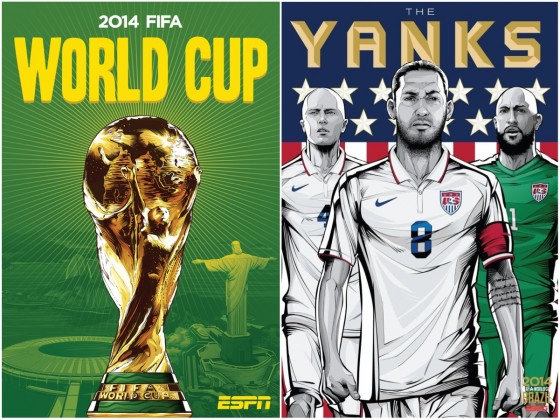 ESPN has released a series of promotional posters for the 2014 FIFA World Cup. The posters were created by Brazilian artist and graphic designer Cristiano Siqueria, and represent each of the nations competing for the Cup. Each poster features at least one star player in goal celebration mode, and they’ll be used by ESPN throughout their coverage of the World Cup. We’ve selected some of the best to feature below, but you can see the entire set over at ESPN. Which one is your favorite?