Media > Movies > The World of Pixar

The World of Pixar

Pixar’s latest bit of animated goodness is set to hit the theaters this weekend, entitled Brave. We have no doubt that it will be another work of brilliance by Pixar, however we’re guessing this one is aimed at a slightly different demographic. This is the first Pixar movie where the protagonist is female, possibly a hint that Disney is starting to influence the creative process. It’s likely to be a hit either way though, as Pixar literally shits out gold.

They generally produce one feature film per year, and with the exception of last summer’s Cars 2, they’ve all been nominated for at least one Academy Award. While Cars 2 was a disappointment with a 38% rating on Rotten Tomatoes, it still raked in the cash at nearly $560 million worldwide. Let’s take a look at the history of Pixar films via the infographics below. Note : two of these graphics were produced before Cars 2 was released, and some of the figures conflict a bit with Wikipedia. 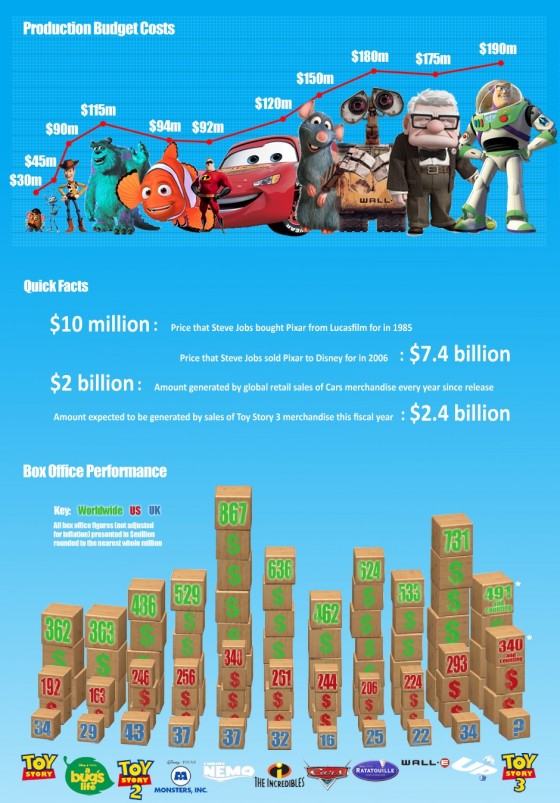 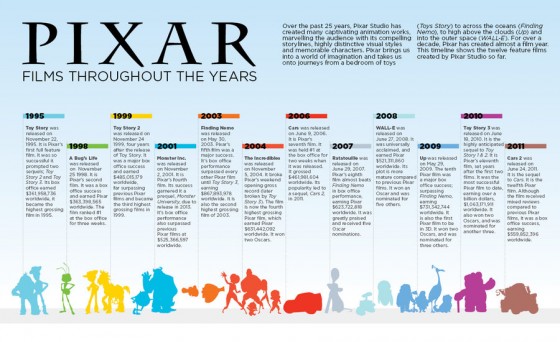