The Least Menacing Gangs from Fact and Fiction 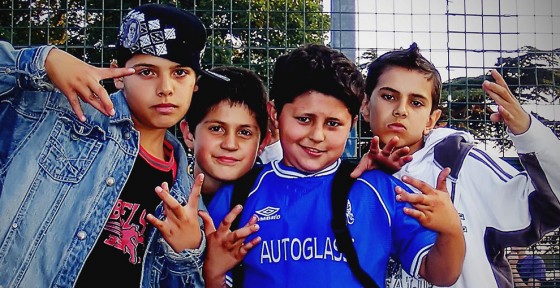 In a world chock-full of danger, many people wake up smack-dab in the middle of an all-out gang war. Nothing makes people cringe quite like the prospect of taking the brunt of any gang’s collective store of anger and frustration.

Gangs are essentially the most dominant factor involved in anyone’s home purchasing decisions as living next door to the cryps or the bloods (or in terrible cases, both) is pretty much everyone’s nightmare. However, there are a few gangs in the world on whose turf you might not mind living. In fact, if you’re up for a few casual laughs each morning as you catch them at their gang-get-togethers, you might even choose to live as close to them as possible.

Following, are some of the least terrifying gangs, both real and fictional, whom you’d probably never have to worry about much more than a TP’d house every Halloween: 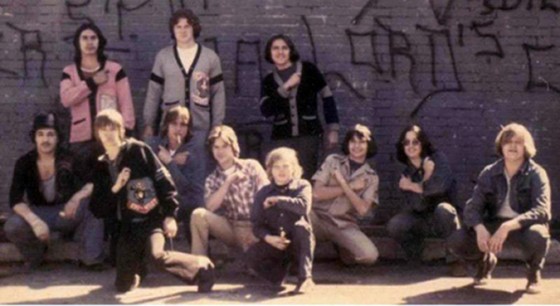 Though it may be true that these guys are sure to bust something in somebody’s ass (hopefully not yours), their name is far too hilarious for anyone with ANY sense of humor to disregard. There are simply too many wisecracks that can be made against any association with a name like that.

“Hold on bro, I’mma go get a fist a’ dope from da gaylords.”

“Their weapon of choice? Obviously the gayrod.” 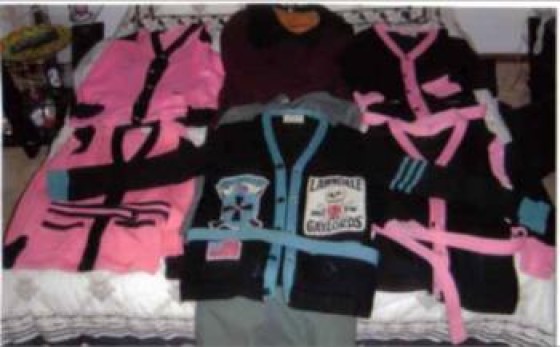 Accruing street cred as a beginning Gaylord was no easy task; that’s for sure. Things were especially tough for the so-called “imperial gangsters” whose gang sweaters were pink with little pink belts. Clearly, their objective was to put the GAY in GAYLORDS. And yes, they were a REAL gang (from Chicago actually) whose name was feared by many on the mean streets known as their prowling grounds.

Fine, they may not be real or anything, but let’s all use our imaginations here and pretend those guys were our neighbors or something. In your mind’s eye, you can surely picture them helping you with your laundry or bringing back little Timmy’s lost puppy.

That in itself shows precisely why they would be a lot more fun to have around than say, the Hell’s Angels. On one hand, you have a few guys doing good for the community and calling themselves a “gang” while on the other hand, you have a dangerous group of criminals smashing through your windows and beating your car with chains and baseball bats cause you looked at one of their “old ladies” the wrong way.

That fantasy biker gang pretty much takes the cake. 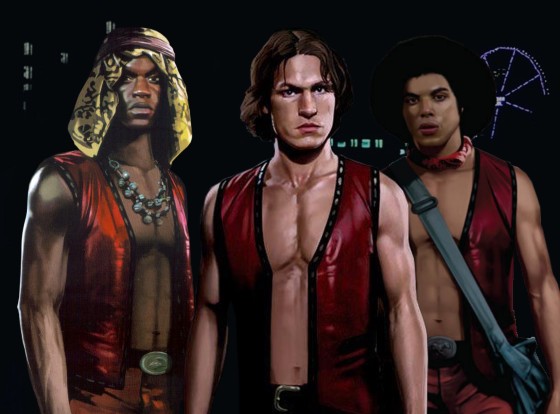 In the movie The Warriors, this single gang of extremely few members has to face the collective wrath of every other gang in New York City after being framed for a major gang leader’s death. It doesn’t take much for a person to discern how incredibly badass these gangsters thought they were. However, it is a bit difficult for anyone to actually tell that they’re a gang. 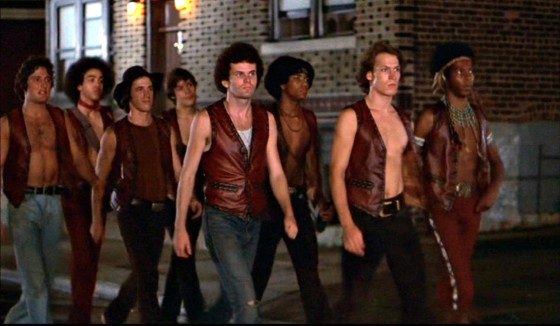 It’s movies like these that make you wonder how the idea that tight leather pants and loose, open leather vests flapping against a man’s bare, bird-chested body were cool actually came into existence.

The Black Knights from Biker Boyz 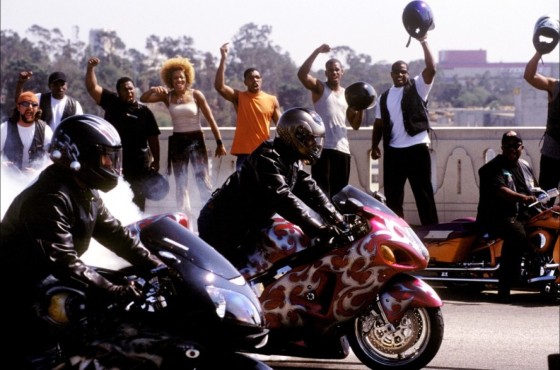 It’s hard not to cringe during the movie “Biker Boyz.” This is not due to the sheer quantity of bikes the movie possesses nor the presence of extremely silly bike “crew” names, but because it is insanely cheesy. It’s so cheesy that moviegoers who saw it could have pulled the film right out of the projector and sprinkled it on a pizza. It is so cheesy that any particular scene from that particular movie can be paused and cut into slices of mozzarella.

Besides the obnoxious amount of cheesiness that creeps around with every member of the various “crews” throughout the movie; the fact that they were all complete babies with bikes was enough to send people out of the theater in pure unadulterated anger. 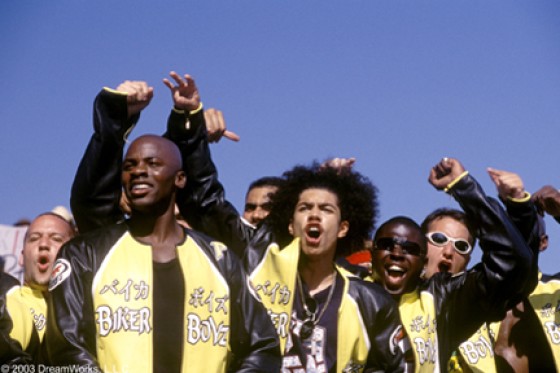 However, no matter how easy it was to notice the fact that each and every member of any of the movie’s bike crews was nothing more than a sniveling biking baby drenched in cheese dip; the fact remains that they would all probably have made perfectly boring neighbors. Their lives were humdrum at best; save the occasional street race on ninjas, these guys were about as dangerous as a box full of ladybugs.