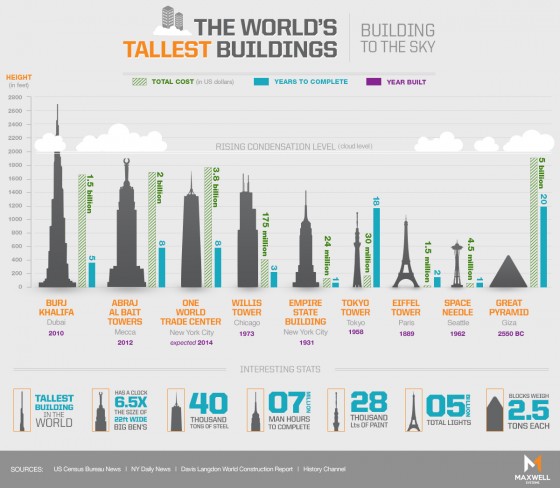 As the graphic above shows, Skyscraper construction has really taken off over the last ten years, with the Arab and Asian world taking buildings to new heights. The Burj Khalifa (previously Burj Dubai) is the current tallest building in the world, and reaches a staggering 2,722 feet into the air over Dubai. Today is National Skyscraper Day, and although the United States has essentially exited the competition after 9/11, One World Trade Center was able to surpass the Willis Tower (Sears Tower) for tallest in the USA by over 300 feet. However it falls short of the Burj Khalifa by almost 1000 feet. So in honor of National Skyscraper Day, let’s take a closer look at the current champion : 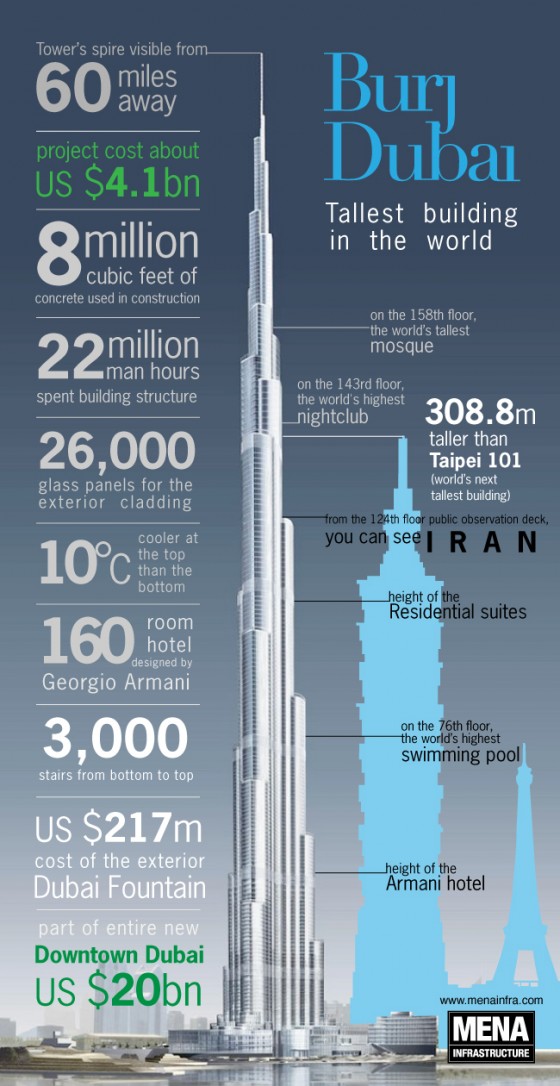 You may not be surprised to hear that the Burj Khalifa’s reign will be short lived, as a new tower is under construction in Saudi Arabia. The Kingdom Tower is aiming for a height of 3,281 feet when it is completed in 2019. 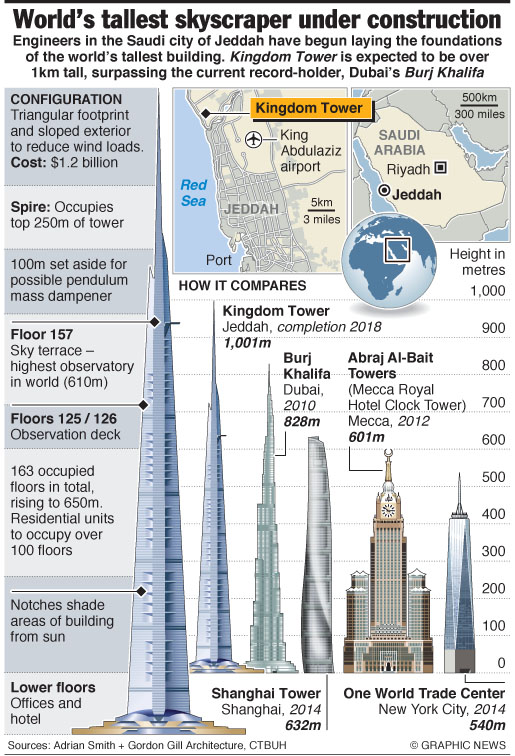 That’s a height that may even make the Burj Khalifa look small in comparison, but you can see they’re not going down without a fight. Dueling Infographics!