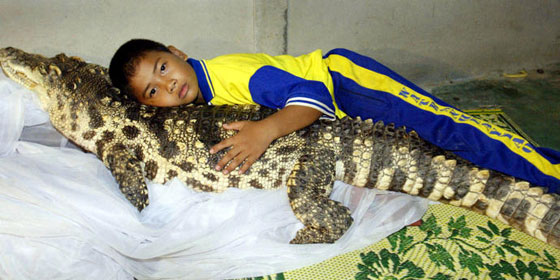 People love pets. Though it really makes no sense if you think about it (we enjoy taking care of other animals in addition to ourselves and our families because they give us the kind of joy that, say, a person could probably give us as well). Our strange interest in caring for other animals (that are totally just in it for the food and shelter most of the time) gets significantly stranger when we turn to exotic creatures.

No, we’re talking even more exotic than your green iguanas (though taking care of one of the most aggressive reptiles available as pets who can also potentially infect you with herpes is pretty weird in itself). Get ready for a list of four of the world’s weirdest pets, in honor of National Pet Day. 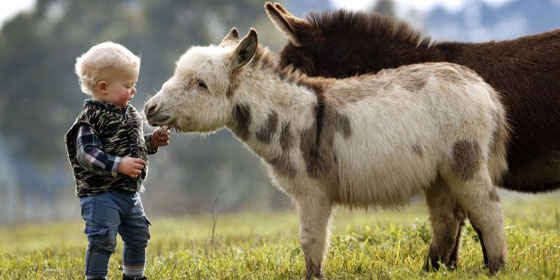 If you’ve always dreamt of having your own pony but have minimal yard space, or perhaps you’ve simply longed to have your own talking companion like Shrek, now you can (save the talking); it’s a miniature donkey (or mini-donkey for short).

Unlike unicorns and centaurs, these adorable little guys are REAL and can be kept as lifelong pets (they live well into their thirties!). They can grow to be a maximum of 36 inches tall and are found at sizes as small as 26”. However, despite their tiny proportions, they can also weigh about 250 pounds (all that missing donkey meat had to go somewhere right?).

Mini-donkeys are actually from Sicily and Sardinia, hence their full names being “miniature Mediterranean donkeys.” They were brought to the U.S. and bred with a variety of other donkeys and animals to bring about a distinct American strain. 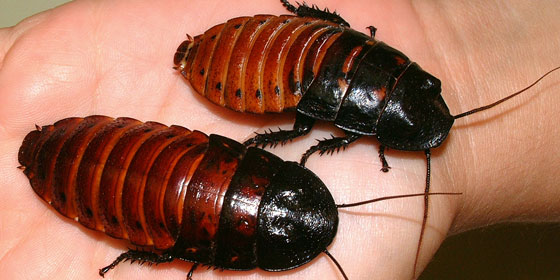 A man with no friends may very well turn to pets for mental stimulation and bonding, but it takes a seriously perturbed individual to satisfy their need for bonding by acquiring a pet cockroach, let alone one that hisses.

But alas, times and people are clearly changing (perhaps for the worse), because massive hissing roaches from Madagascar are now being adopted by people (far more than you’d think) as loving pets. These bugs grow to be about 3 inches long once they mature which effectively makes them some of the largest roaches in the world. If that’s not enough to make you tough guys and gals excrete, then the fact that they actually DO hiss should take you clear over the edge.

In 2006, Six Flags decided to use these roaches as the main challenge for one of their own Halloween-themed “Fright-Fest” contests. They announced that anyone capable of eating a live Madagascar hissing cockroach would be given unlimited line-jumping privileges for all of the park’s rides. On top of that, anyone who could swallow over 36 roaches in a single minute (the world record amount) would be given season passes for four people for the entire 2007 season. 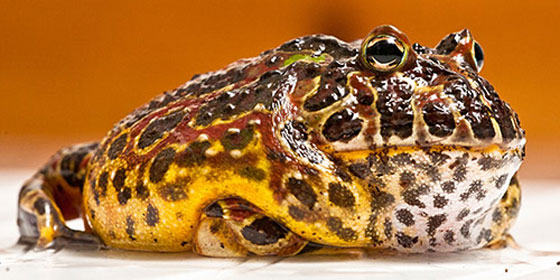 Horned “pacman” frogs are charming little blokes with dazzling camo-colorations and massive, emotionless faces. Believe it or not, they are actually some of the toughest bullies within their own environments and can overpower most of the creatures that cross their paths, all while looking comically adorable.

These frogs can grow to be anywhere from 4 to 8 inches long and can live for up to seven years in captivity.

Pacman frogs get their name from the size of their mouths; they come out at about fifty percent of their entire bodies! They’re even known to eat prey roughly the same size as themselves (hell, full-blown cannibalism amongst them has even been recorded!). 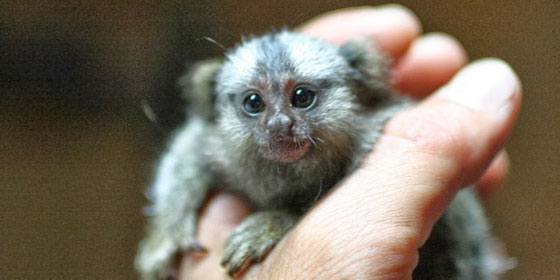 These are definitely the pets of the millennia if you’re interested in poofy-headed primates who love marking their territories with their butt cracks (oh, yes!). Marmosets, though endangered, are surprisingly popular amongst owners of exotic pets and have begun to take a hold in the world of household animals. A pygmy marmoset like the one pictured above is even cuter and more manageable.

The fact that these little furry-eared monkeys are seeing such popularity is difficult to understand considering how difficult it is to maintain them properly. They need pretty large enclosures and require others of their own kind to interact with, so 2-for-1 deals are basically a given. On top of that, the minute they reach sexual maturity, they become a LOT less adorable and a LOT more dangerous to their owners.

Marmosets are known to reject and kill their own young about fifty percent of the time. Just another reason they’re not so great for families with young children.