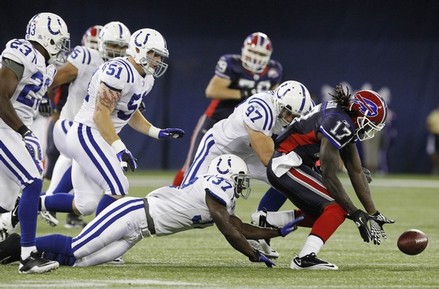 Are you ready for some football? Well, preseason football. After a lockout, and two weeks of a wild free agency signing period, the NFL players will get back on the field tonight as the preseason gets underway. By now everyone realizes that the preseason is pretty much a joke, the starters come out and play MAYBE a quarter tops in the first couple games, the fans don’t come out to watch these games at all, even though they were forced to pay for them in their season tickets. Starting price for Friday night’s Lions v Bengals game? $3. But there are still some people out there who obsess over the preseason games, and cheer for their team during the game like a trip to the conference championships is on the line.

Some time over the course of the weekend be sure to check out twitter, or any of your favorite teams fan blogs, and you’ll be sure to encounter these people. They’ll be the ones nearly having an orgasm over a touchdown in the 1st quarter of the first preseason game. “Oh man, Tom Brady is looking so good this year! A 6-8 game for 100 yards and a touchdown! Super Bowl or bust!” Last season I made fun of people like this on twitter by saying similar things with the hashtag #CalmDownItsPreseason, yet there were still people who tweeted at me thinking I was serious, and trying to convince me that because of their team’s preseason performance, their team was indeed going to be amazing. 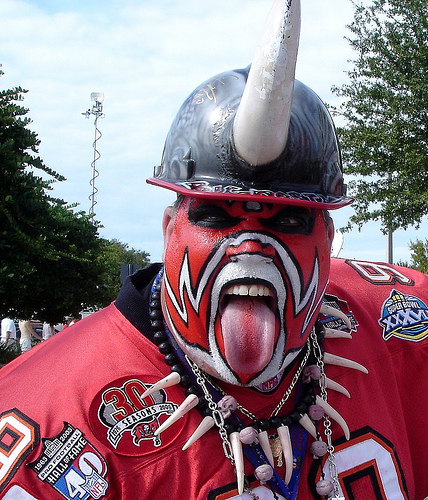 Calm down, it's preseason.

These people are also the ones who know every tiny little roster battle going on, and take great pride in scouting out the 3rd and 4th string players who play the majority of the 2nd half of the games. They’ll tell you why ol’ Tequan Archibald from Mountain Union is going to be the glue in the secondary after he breaks up a pass from the Bengals 3rd string QB. Well if these guys who Super Fan keeps bragging about were so good, they wouldn’t be on the field in the 4th quarter of a 12-8 preseason game.

These fans are also the same people who think that their team’s preseason record will be indicitive of their team having success in the regular season. “Boy that was great to pull out that win against the Steelers, just a great confidence boost for the team!” Never mind that the starters probably did nothing, and the team won by kicking 3 field goals against the 4th string defense. A win over the Steelers in the preseason is just what the team needed to start their road to glory!

To give you some idea of how meaningless preseason records are, look at the Lions and the Colts, two polar opposite teams in terms of their record over the past few seasons. The Colts rarely ever win a game during the preseason, yet they come out and win 10+ games every regular season like clock work. Then there is the Lions, who in 2008 went undefeated in the preseason! A glittering 4-0 record, and their fans were more excited for the regular season than ever. The Preseason Champion Lions, went on to finish 0-16 that regular season. But those 4 preseason wins were what made the season!

Now I’m not saying that I totally hate the preseason, it is football after all, and it’s a fine appetizer leading up to the start of the regular season, but by the 3rd week of it, most people have had enough, the roster are set, and fans just want actual meaningful football to start up. 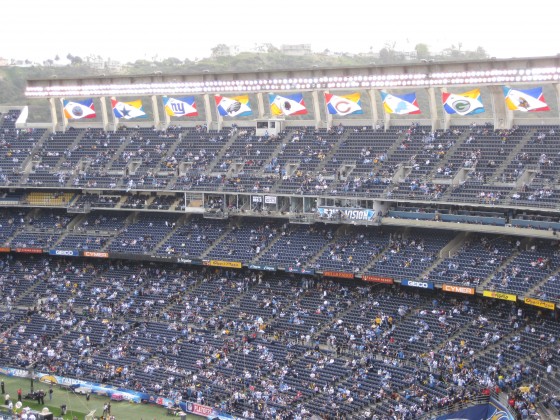 I think I can sum up preseason football best by describing it like this: Preseason football is like going to the strip club, it can be fun, but the whole time you’re just hoping to avoid a disaster.