Would You Do A Na’vi?

James Cameron, director of Avatar and Aliens, thinks alien life would be beyond our imagination and definitely beyond Hollywood’s imagination, according to The Insider.

Pandora, the Avatar world, is full of exotic life-forms, ranging from the insanely deadly beasts to the slightly less-insanely deadly beasts, oh, and everything glows. You literally cannot take a step without causing something to glow but Cameron likes to think that real alien life-forms will be stranger yet. He admits that the Na’vi, the only humanoid life-forms on Pandora, are not as bizarre and outlandish as his other creations because, well, he wanted them to be do-able:

“We looked at designs for the Na’vi that initially were much more alien,” Cameron said. “When we would draw Neytiri and she had fins on her back and gills and all kinds of weird protuberances and so on in odd places, the question was, well, would you want to do her? No? OK, let’s back off from that. … We just didn’t want to take it so far that she had kind of a fish mouth or anything.”

That’s right, we were just one imaginary step away from seeing two fish do it at the climax of the film. So, the question remains, would you do a Na’vi? 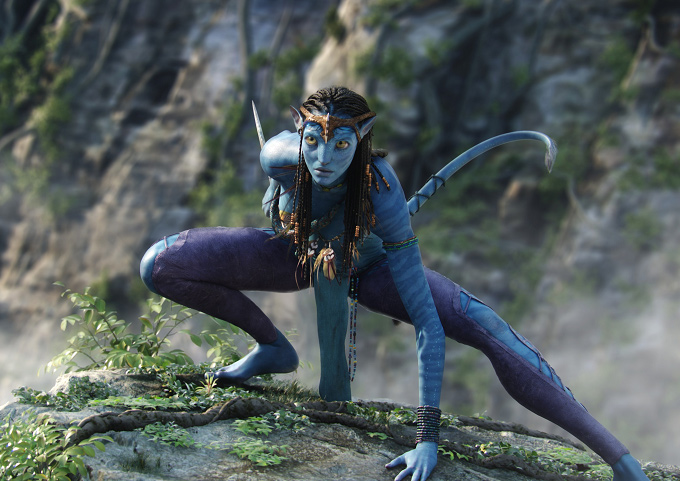