Sports > Olympics > Events that the IOC Kept Over Wrestling

Events that the IOC Kept Over Wrestling 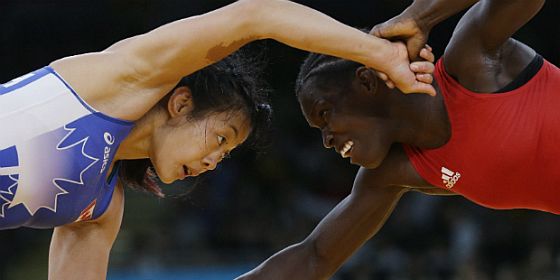 The IOC, looking to trim cost and modernize the Olympic games, voted Tuesday to drop wrestling starting in 2020. The move came as a surprise to many, who considered the modern pentathlon (a multidisciplinary event) the favorite to get cut. Wrestling has enjoyed a long, and global, history with the Olympics, and its origin can be dated back to the original Greek games. Additionally, wrestling has one of the lowest cost of entry, especially compared to the modern pentathlon and many other active Olympic events. While American and International wrestlers have mobilized in their efforts to save the sport (which joins baseball and softball on the Olympic sidelines), it’s important to remember what events are still part of the games.

The modern pentathlon is both a militaristic and aristocratic event, along with one that requires athletes that aren’t the best at any one sport. The competition combines fencing, pistol shooting, swimming, show jumping (horse) and cross country running in what was designed to be the test of a soldier in 1912, when it was first introduced.

Large teams of overly-made up women doing highly choreographed routines under water, with an subjective judging system. Sounds both tv-friendly and true to the spirit of the Olympic games, doesn’t it?

We have to include both events here, as not just one, but two gold medals are award for getting a horse to dance. The event is better suited for a late night talk show or country club gathering rather than an international competition, and the cost of shipping and caring for the horses are substantial. (We should also include eventing here, as it’s the equestrian version of the triathlon.)

If you didn’t see it during the London games, trampolining is actually an Olympic sport. The grown up version of the childhood deathtrap, Olympic trampolining is an event that requires participants to perform acrobatics high above the arena floor. The dangers are significant, and it’s not a sport that most young people would pursue by choice.

We don’t have a problem with either of these sports being part of the Olympics, but find it notable that they IOC elected to keep three true combat sports (including boxing) but not the one with the most history and worldwide interest. We’re guessing that the low percentage of female American wrestlers probably hurt the sport’s chances to hold on compared to the martial arts.