THQ has brought together the who’s who of the WWE in one video game, WWE All Stars, that was released on March 29th. I was recently able to preview the game and wanted to share my thoughts with you.

First off I have to say that I am not a hardcore wrestling fan, but I have watched the WWE on occasion. In college, my roommates got me hooked and I enjoyed The Rock dropping “The People’s Elbow” on Roody Poos and Candy Asses. I even loved the WWE back when it was called WWF and you had Hulk Hogan, Roddy Piper, and Andre the Giant.  So yes I do understand the mythology of the WWE and what each wrestler brings to the ring and this game brings it all together for me. 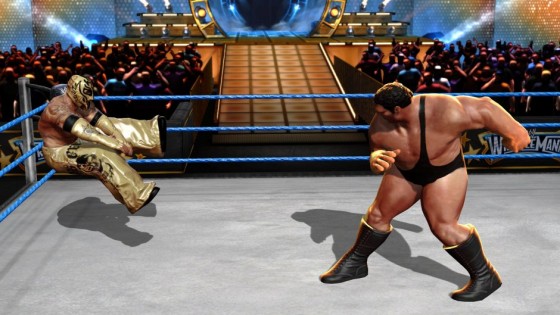 Anybody want a peanut?

The game is filled with Legends and current All-Stars.

There are even some additional wrestlers available for download such as :  Big Bossman, Chris Jericho, Jerry “The King” Lawler, Dusty Rhodes,Cody Rhodes, Hawk and Animal.

One of the great things about the WWE is each wrestler’s opening song and entrance. In WWE All Stars, each wrestler comes into battle with their signature theme song. I personally am glad THQ put such details into the game, with not just the signature entrance, but also signature moves. 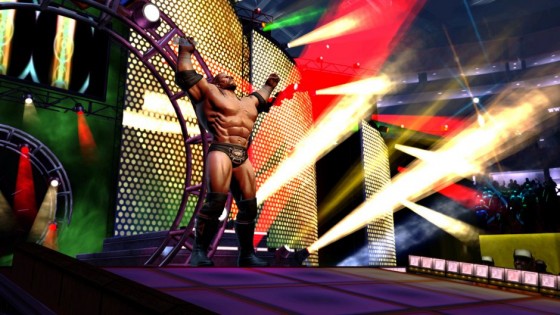 The game play might leave hard core gamers a bit uneasy if they are looking for the realism that most games have these days. To me the game play and characters are very reminiscent of an Arcade style game like NBA Jam. I loved the graphics and game play even if the wrestlers are somewhat caricatures of  themselves. If you like your wrestling to be fun, than I think you will enjoy the style employed here.

WWE All Stars offers four classes of competition; Acrobat, Big Man, Brawler and Grappler. As mentioned, they also have wrestlers from the WWE Legends and WWE Superstars classes, each with their own distinct advantages and techniques to which other classes do not have access, including specific combinations and unique abilities.

In all sports, we tend to discuss who is the best from any era of that sport. What would happen if Babe Ruth played in today’s MLB, or Jim Brown in today’s NFL? This game allows you to pick match-ups that hard core fans would never be able to see. Why not create some of  the greatest matchups in WWE history? With the Fantasy Warfare part of the game, you will see players pick a side from the WWE Legends or WWE Superstars. Then they can compete in a series of fantasy matches that pit WWE talent with similar personal or physical attributes against one another to see who is the greatest of all time. 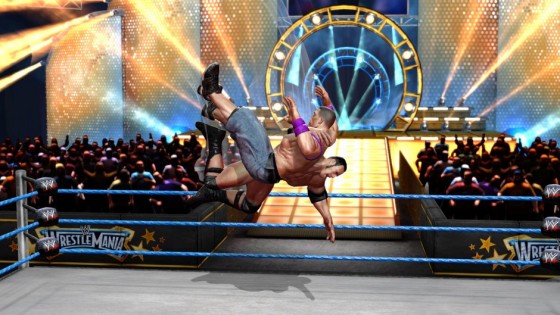 I have to say that I’m a fan of WWE All Stars and was impressed with every detail THQ put into this game. You can pick up the game for the Wii, XBox 360 or PS3 on Amazon, and it retails for $59.99. Check out the game trailer below and make sure you say your prayers and take your vitamins!