Sports > Basketball > You Have Two Weeks Until March

You Have Two Weeks Until March

The upset reminds of others around the corner...

If you aren’t drunk and searching for your next GHB victim on a college campus, you may have let it slip your attention. It may be you’re handicapping hangover from Dallas has yet to subside. It may be you’re reading reports of pitchers and catchers reporting for duty before you hit the early-bird special at Bonanza to cap off a full day of the Matlock marathon (that’s a rip on you, baseball fan… in case you missed it over your bifocals). Maybe you live up north and it’s hard to see past the ice.

Wisconsin’s upset win over top-ranked Ohio State this weekend reminds it is fast approaching, and thus we figured it may be time to offer help… sort of. Here’s five bullet points I’ll offer in an attempt to prepare you for the 2011 NCAA men’s college basketball tournament. If you’ve been absent, these quick hits may or may not help you get up to speed. After all, they don’t call it March Madness for nothing. If I knew what in the hell is coming… 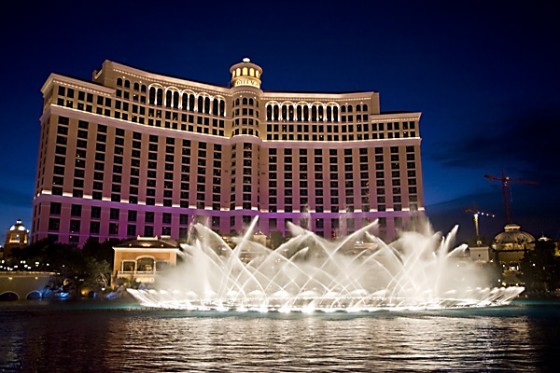 My office... not located here.

… I wouldn’t be sitting here banging on a keyboard hoping you give me two minutes will you pinch a loaf on the throne. I’d be living in a penthouse at the Bellagio waiting for my annual payday. Still… I’ll take a stab at offering what I hope might be a helping hand, and if we’re lucky, everyone will, at the very least, break even.

(And to be fair… you have a bit longer than two weeks. Selection Sunday is on March 13th. You’ve been warned.)

Let’s see where we’re at.

UCLA is playing with fire. 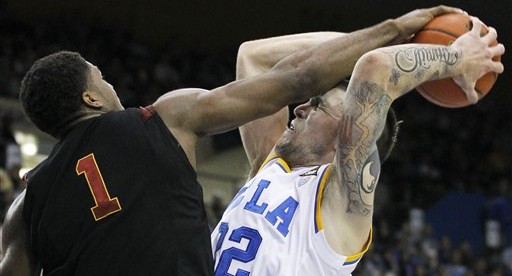 The Bruins have seen better days.

The Bruins are synonymous with championship basketball at the collegiate level, but this season they are working among those ranked as “bubble” teams… squads working to get consideration for an at-large bid into the tourney as their performance within their conference lacks obvious merit. Teams on the bubble are working to get a bit of consideration and are often the focus of faithful college football fans as the final weeks of the regular season wind down… and much more often than not, they are teams you do not readily associate with tourney greatness.

The Bruins are the poster boys for the NCAA tourney, boasting the most illustrious tourney history on the college basketball map. However, this season they are struggling to compete in what has been a horrific season for the Pac-10 conference. As these words are typed the Bruins are ranked second within their division, behind the Wildcats of the University of Arizona. Unfortunately, ‘Zona is the only team from the conference touting national rank – 15th in the AP Top 25 , 16th in the ESPN/USA Today Coaches Poll – while the Bruins are struggling to get on the dance floor. This weekend they managed to squeeze a tough-fought victory against Oregon State (69-61), keeping them alive in the bubble discussion… and their name and conference alone could get them a spot in the field in March.

That doesn’t mean they truly deserve it. The Bruins are 4-5 on the road this season with a troubled 12-13 record against the spread (ATS). Meanwhile the Huskies of the University of Washington stand in third place in the conference, touting a similar overall record (17-7 for UW, 18-7 for the Bruins) with a 13-0 mark at home (versus 14-2 for the Bruins) and a 12-10-1 record ATS.

The Huskies aren’t in the discussion as of today… and Bruins shouldn’t be either.

Duquesne Basketball... a tradition unlike any other.

When we talk about March Madness we talk about the Cinderella Story… the unforeseen gem lurking the shadows, the unknown school who rises to the occasion to steal the hearts and dreams of adoring college basketball fans while shocking teams considered more powerful in March. Whether you are stepping to the window at the book in Vegas or filing an entry in your company’s March Madness bracket pool, you are looking for the Cinderella Story… the one team that manages to push deep into the tourney despite a lack of respect and expectation.

This season we find four teams on the grind that may or may not find a spot in the field of 64, and if they do, we find numbers suggesting they could be your prime candidates for hype in March.

Belmont is at the top of the Atlantic Sun Conference with almost no competition for honors as this crew’s representative in March. They are 23-4 overall and 15-1 in their conference, and while their 13-4 mark on the road against a lackluster schedule is a bit concerning, we find a 71.4% success rate against the spread to be rather enticing.

In fact, all four of these teams boast an ATS win percentage over 70%. Hampton is the class of the Mid-Eastern Conference, standing at 19-5 overall with an 11-4 record on the road, but they match Belmont at 5-2 ATS (71.4%). George Mason is a name you should recognize, having served as the most successful Cinderella Story in recent memory. They are 21-5 this season, good for first place in the Colonial Athletic Conference… but their 19-5 ATS mark (79.2%) will have folks in Vegas talking.

However, forced to choose a Cinderella today, I’ll go with Duquesne. They were atop the competitive Atlantic 10 Conference coming into this weekend but but suffered a tough loss against Xavier after a heart-breaking two-point fall against St. Bonaventure. That puts Duquene squarely on the bubble and in need of help, but if my crew can get in they will be earn consideration from the sharps in Vegas with an amazing 13-3 ATS mark on the season (81.2%).

The win put Xavier on the top of the A10 pile with Temple and Richmond sitting close in second. My boys from Duquesne are fighting to get in the mix to represent a conference known for producing Cinderella stories… and they face Richmond on the road in their final regular-season game… and we’re hoping that game is as crucial as any coming into Selection Sunday. 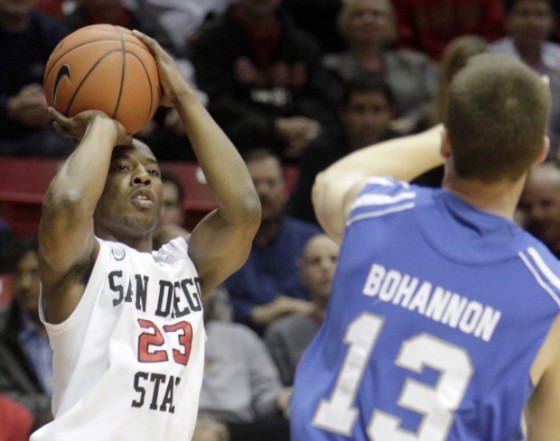 As these words are typed the updated polls are being formulated for release on Monday, and the mighty Aztecs of San Diego State are ranked sixth in the nation in both. With five consecutive wins they are not likely to fall, putting them at the top of the Mountain West Conference. Granted, this set isn’t likely to produce more than two or three teams in the tourney in March, but a quick review of the numbers shows the Aztecs are for real… and it doesn’t take long to make their case.

The only concern can be found within their own conference as their lone loss comes against BYU, suffered at a time when BYU was ranked ninth in the nation (the final week of January) by a decisive margin (71-58). That is one of only two games this season against a national-ranked opponent (having beat Gonzaga early in the season, 79-76, at a time when respect had them at #13 in the nation… today that respect is gone as Gonzaga is no longer found in the national polls and they no longer receive votes).

They get BYU one more time, at home, and close with Colorado State, the only other team out of the MWC worthy of talk in March, also at home. If the Aztecs close strong and avenge their only loss, they could enter the Madness with a taste for the chaos that lies ahead.

The ACC is out, the Big East is in.

Beating up on each other is paying off out East...

When you turn the discussion to college basketball you put the ACC and the Big East on top of the traditional heap. Those two conferences have produced more national contenders over this game’s recent history than any other, and we often turn the primary debates from this game into Acc vs. Big East talks.

This season, there is no debate. As we enter the closing weeks of the season we find only two ACC representatives off the tourney bubble – Duke (the only member of this set ranked amongst the top ten in the nation) and North Carolina (fighting to stay in the top 20) – while Florida State, Virginia Tech, and Clemson are all working to respect and votes for inclusion into the field of 64. Traditional powers like Maryland, Georgia Tech, NC State, and Wake Forest have fallen well off the scent and won’t be in the conversation.

Meanwhile the Big East comes pushing five crews working to solidify spots in the nation’s top ten – Pittsburgh, Notre Dame, Villanova, Connecticut, and Georgetown – with three others – Syracuse, Louisville and West Virginia – working to finish the season in the top 25. Six of those eight teams own winning ATS marks, all but insuring the heads of college basketball will be using these universities as their predicted powers in March.

With that in mind, we suggest you pay close attention to the Big East as they close out the regular season. These teams will all be facing off against each other in the closing weeks. Pitt earned a hard-fought, three-point win over ‘Nova this weekend and will face them again in their season finale (with a trip to Louisville in between). Notre Dame will fill their final two games of the season with Villanova and UConn. Georgetown will be filing a trip to UConn as well with an additional visit from Syracuse still to come as well.

In other words, the Big East is going to be the talk of college football as we close out the 2010-11 regular season and the picture we see today could change dramatically by the time we reach Selection Sunday on March 13th.

The picture in the ACC won’t be changing and we doubt anyone wants to talk about their crews (Duke being the obvious exception) any time soon.

Texas is the most dangerous team in the nation. 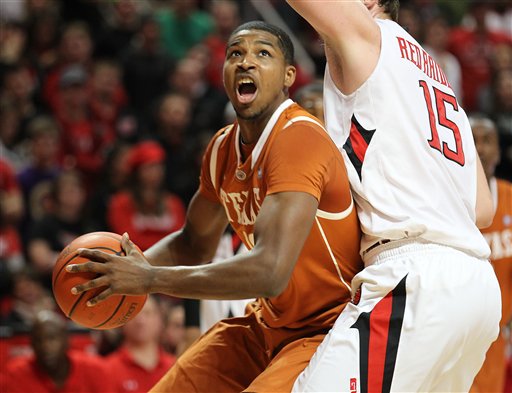 The world's most dangerous group?

The fight to end the season as the top-ranked team in the nation will be as exciting as any story in collegiate basketball this season, and with Ohio State falling to Wisconsin this weekend we find two teams fighting for honors as the most feared team in the land.

I’m taking Texas, and I have three bullets to explain why.

– Texas has lost only one game over their last 17, having faced six teams ranked amongst the nation’s top 25 along the way. That win came against UConn (ranked ninth at the time)… and they lost by one point, in overtime.

All of that brings Texas to top of our wish list for March… but only one thing is for certain.

It’s going to be fun as hell to watch it all unfold, and it can only be topped by the madness of March… and that will be here before you know it.