Media > Music > You’ll Not See Nothin’ Like the Mighty Quinn 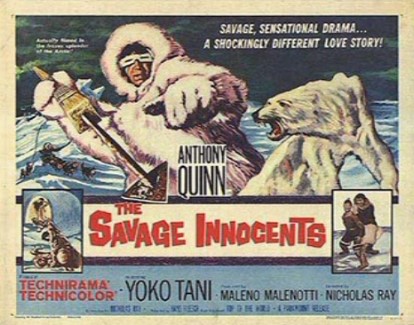 One of the most iconic yet least understood folk tunes of the ’60s has got to be “Quinn the Eskimo” (The Mighty Quinn). Believe me, you might not think you know it, but you do. Basically it’s a nonsense poem written by Bob Dylan as an homage to a movie starring Anthony Quinn called The Savage Innocents. Here’s what Wikipedia has to say about it:

The subject of the song is the arrival of the mighty Quinn (an Eskimo), who changes despair into joy and chaos into rest, and attracts attention from the animals. The metaphorical lyrics have prompted suggestions that Quinn is a village elder. Dylan has also been quoted as saying that the song was nothing more than a “simple nursery rhyme”.

The song itself has been re-recorded a number of times throughout the ’60s, ’70s, ’80s, ’90s and most recently by jam bands and those who know enough folk to get by. Each version is just slightly more different than the last allowing for the fact that each band is slightly different, but each share common lyrics, and here they are:

Ev’rybody’s building the big ships and the boats,
Some are building monuments,
Others, jotting down notes,
Ev’rybody’s in despair,
Ev’ry girl and boy
But when Quinn the Eskimo gets here,
Ev’rybody’s gonna jump for joy.
Come all without, come all within,
You’ll not see nothing like the mighty Quinn.

I like to do just like the rest, I like my sugar sweet,
But guarding fumes and making haste,
It ain’t my cup of meat.
Ev’rybody’s ‘neath the trees,
Feeding pigeons on a limb
But when Quinn the Eskimo gets here,
All the pigeons gonna run to him.
Come all without, come all within,
You’ll not see nothing like the mighty Quinn.

A cat’s meow and a cow’s moo, I can recite ’em all,
Just tell me where it hurts yuh, honey,
And I’ll tell you who to call.
Nobody can get no sleep,
There’s someone on ev’ryone’s toes
But when Quinn the Eskimo gets here,
Ev’rybody’s gonna wanna doze.
Come all without, come all within,
You’ll not see nothing like the mighty Quinn.

So here are the many and varied versions of “Quinn the Eskimo.” Hope you can dig it. Oh, and this song will stick in your head like lyrical gum, just so ya know.