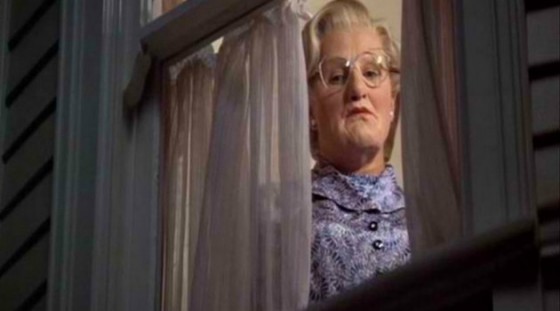 So what’s popular these days on YouTube? Well, there are stupid videos put up by vapid wannabe artists performing such mind-numbing songs that somehow gain incredible popularity. There are ‘Caught On Camera’ moments where the recorder just happens to be in the right place at the right time as one of his friends nearly severs his own head with a box of high-grade explosives and a dozen saw blades.And there are those pictures of some incredibly sorrowful happening in a third-world nation where instead of actually, oh I don’t know, dropping the damn camera and helping the victim, they capture a horrible act by some self-absorbed dictator douchebag.

And all of those things are great, but what about those videos that really brilliant people create where they take a pre-existing film trailers and mash them up? Now those are damn impressive. The best ones happen to be those where a comedy is mashed into a horror, and these ten are definitely the best of the bunch.

Basically what we have here is a Disney classic twisted into a plot where Simba goes absolutely bat-shit crazy. Not only would I totally see this, I can only imagine the music being far less... "Hakuna Matata."

If you've seen Toy Story 3 as it plays now, then you know the end is about as horrific as it can possibly be while still being family friendly. Well, this amps that idea up a notch and makes the humans out to be even more psychotic than they already are.

Imagine if the entire idea behind Back to the Future was more about the crazy Doc Brown... well, crazier anyway, who gets turned into a zombie bent on destroying Marty. Well, then you've got something there, don't ya?

Here we have the classic comedy featuring Seth Rogan and Katherine Heigl made into a terrifying trailer where it's assumed a serial killer is on the loose. This one's great because it completely turns the plot on its ear.

Oddly, it's not too much of a stretch here to imagine Jack Black as a deranged psychopath.

This one genuinely made me cringe because I've seen this movie and, despite just how much I enjoy Tina Fey, it wasn't nearly as good as this horrified version looks to be.

Robin Williams has displayed his ability to portray complete loons in many movies. However, in the real version of Mrs. Doubtfire he's more of the benevolent hero. Well, if you thought he was wacky in that flick, check this one out. It is damn scary.

Home Alone was just screaming for a horror remake what with the scene where they first talk about the guy shoveling the snow and his presumably killer past. This is a what-if made to make you think Kevin is one killer kid. Very well done.

Willy Wonka and the Chocolate Factory

Speaking of movies that are already completely nuts and horrific in their innocence, Willy Wonka and the Chocolate Factory is absolutely one of them. Though it really only took a little musical tweaking and slight clipping, this trailer is just perfect.

The seemingly innocent character of Raymond played to perfection by Dustin Hoffman is twisted completely in this horror re-dub of Rain Man. And I have to say, of all of these, this one I felt worked the most as a film from that genre. It could absolutely work and is pretty freaky.