Zack Snyder and the Seven Jedi 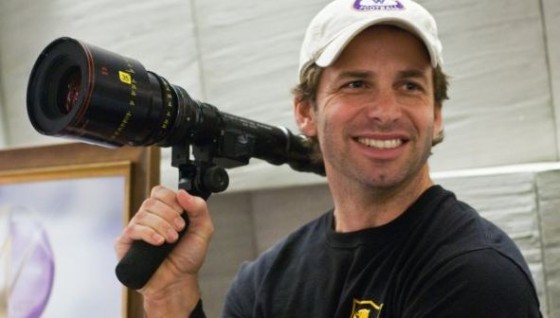 If you never played the old game of MAD LIBS, then let us go ahead and explain how it works. Without knowing what the sentence is, you are asked to input words into a sentence based on the type of word. So, you might get a sentence like this.

(A Famous Director) is making a movie in (a famous movie franchise) that will actually be a remake of (a famous older movie).

The player would not know the rest of the sentence and may reasonably answer ZACK SNYDER (a famous director), STAR WARS (a famous movie franchise), and THE SEVEN SAMURAI (a famous older movie).

In the advent of the internet, ZACK SNYDER IS DIRECTING A STAR WARS MOVIE BASED ON THE SEVEN SAMURAI can go from a game of MAD LIBS to an internet headline. Once as an internet headline, it is easy for it to go viral because people want it to happen. Several years ago, a website (now defunct) called MrShowbiz.com circulated a rather interesting rumor that Michael Jackson would be starring in a biopic of Edgar Allan Poe.

On Mr. Showbiz, the columnist went on a beautiful rant how this entire rumor was patently false. Considering that was in the mid to late 1990s and Jackson is now dead, all we have to go on now is that the movie may have become The Raven starring John Cusack. Also, the high point of Jackson’s screen time may have been either as the Scarecrow in The Wiz or as Captain Eo. It’s hard to tell some days which is the more subtle analyzing of a character.

So, like Justin Bieber dying in a skiing accident with Selena Gomez, internet denizens wanted it to happen so much that it was repeated as legitimate news. Getting in the way of the party itself was Zack Snyder’s actual representatives, who had the following to say on the Star Wars rumor:

“While he is super flattered because he is a huge fan, Zack is not involved in any way with the new Star Wars. He is currently in post on his two films, Man of Steel and 300: Rise of an Empire.”

It does seem rather odd that Lucasfilm would name the director of a spin-off to a film series before they ever named the director of the film series themselves. So, it’s not happening any more than the Muppets doing a full-blown re-enactment of Star Wars: A New Hope.

For the record, this is a movie we would love to see. On the one hand, you have Muppets 2 hitting the theaters in 2014, on the other hand you have Star Wars Episode VII in 2015. All we want is for someone to put their hands together.