Humor > Images > Zombies Among Us : Preparing for the Apocalypse

Zombies Among Us : Preparing for the Apocalypse 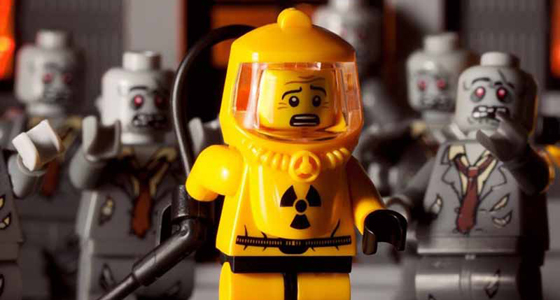 Between the Government shutdown and possible Debt Ceiling breach, the Tea Party seems hell bent on delivering that doomsday that never came in 2012. Although some think it will be solar flares or global warming that ultimately causes the demise of all mankind, most of us know the deal on what’s really going to do us in. Zombies. With the CDC shutdown, maybe that is more of a possibility than ever.

The end of days is upon us. Soon the streets will be infested with mindless creatures controlled only by their hunger. Not that things are going to change much but it’s still good to be prepared. Most people don’t have anything to worry about since zombies are only after brains. But for the rest of us, it’s good to be one step ahead of the undead. The following gallery is dedicated to the upcoming zombie apocalypse, and the return of The Walking Dead this weekend. Get your shot guns ready and enjoy.