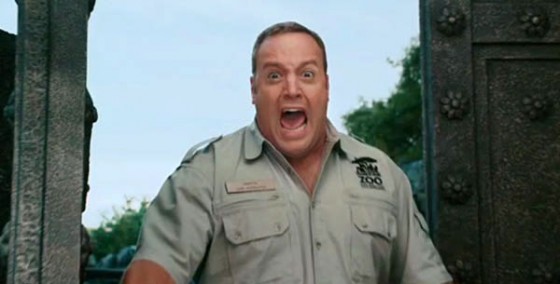 Kevin James seems like a likable guy. The kind of dude you could sit down and have beers with while watching a football game. That being said, Kevin James makes some truly horrendous flicks. The latest, Zookeeper, opened this past weekend to modest earnings ($21 million against a $80 million budget), across the board negative reviews (14% on Rotten Tomatoes) and a protest from the always-up-in-arms PETA.

PETA’s biggest beef (keeping the animal theme going) was in regards to a giraffe named Tweet that died the day after filming its last scene. Now, it’s easy to point the finger of blame at the BIG BAD MOVIEMAKERS for mistreating  poor ol’ Tweet, but let’s be real. Tweet probably saw the dailies and rather than endure the embarrassment of having to explain to his giraffe pals back at the savannah why he was involved with such a shit project, took his own life.

Since the American Humane Association gave the movie a thumbs up, there probably wasn’t any malfeasance. Or was there? Sounds like a job for Ace Ventura and his new partner, Paul Blart. Coming to theaters next summer — Zoo Cops: On the Prowl. 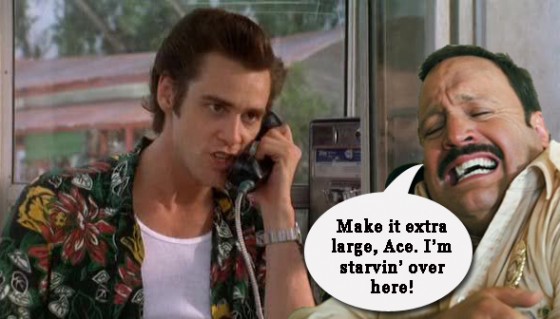