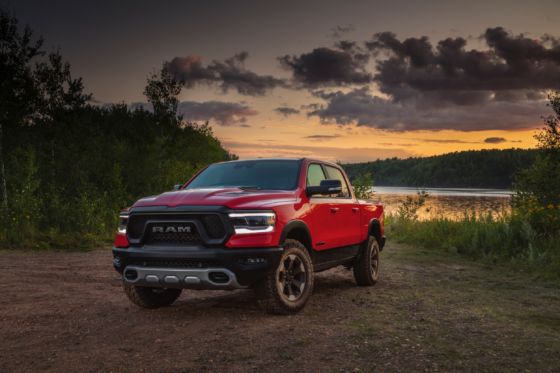 When Ram Truck redesigned the half-ton 1500 models for 2019, it brought back the EcoDiesel engine as well. The 3.0-liter EcoDiesel is similar to what it was before, but this third generation for the engine has more power, a quieter run, and a better transmission match. 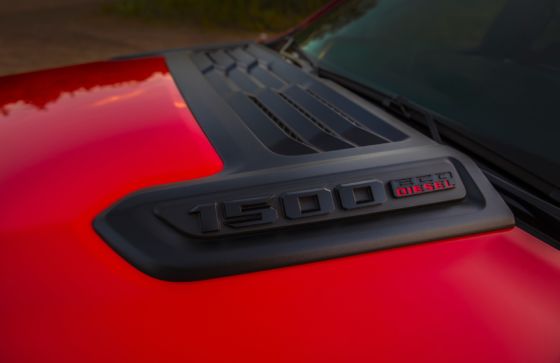 Combining the EcoDiesel powerplant with the 2020 Ram Rebel package makes for what may be the most capably useful truck in the half-ton segment. It’s certainly a contender if not on top. 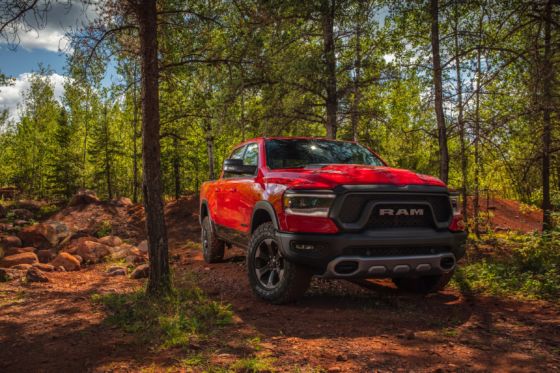 The Ram already has strong lines and a powerful stance. The trademark for Ram and the Dodge brand before it has long been unquestioning muscularity as a core design motif. Here, we see it on the 2020 Ram Rebel with a more stylized, blacked-out grille (as opposed to chrome), with a more pronounced surround and beefier-appearing bumper and approach skid.

The bodywork of the Rebel is that of the Ram 1500 in all its renditions, but a prominent and wide lower guard and beefier wheel well surrounds are added. These add trail-ready toughness to the Rebel’s looks and match the changes up front. The bed, which is usually short (5-foot 7-inch) to go with the Crew Cab configuration most commonly chosen up front, is functional and ready for work. 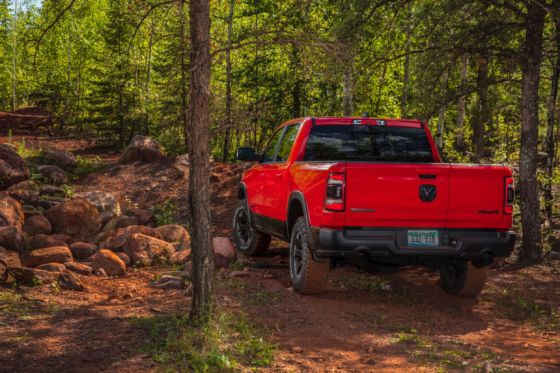 Ours had the split-open (aka “Multifunction”) tailgate, which opens downward in the usual manner or opens side-to-side in a 60:40 split. We’d highly recommend that $995 option and the well-done Mopar-supplied bed cover ($550) on top of it. That cover rolls out of the way (or easily removes, no tools required) when not needed. The optional load locking gate is another nice option, as are the sliding tie-down rails mounted inside the bed ($450). And get the Ram Boxes too ($995). Skipping those extremely useful storage bins would be a ridiculous oversight. 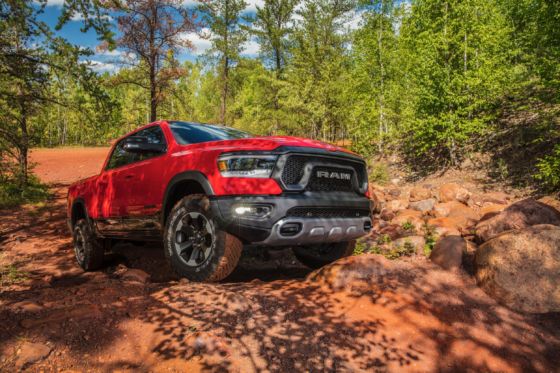 With the beefy Wrangler off-road tires, strong look of the Ram Rebel, and the added daily use and ergonomic functionality of the optional items we had on the truck, the Rebel is not just a toy, but a working truck that can be used on the daily without complaint. 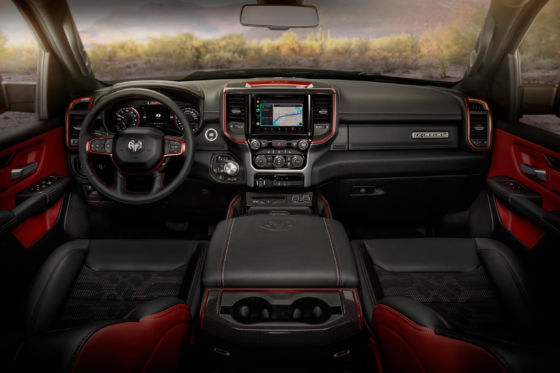 Inside, the Rebel has plenty of goodies and amenities for most. Seating is very comfortable, storage is plentiful, and technology is well-done. The Uconnect infotainment system is one of the most robust and easy to use there is. 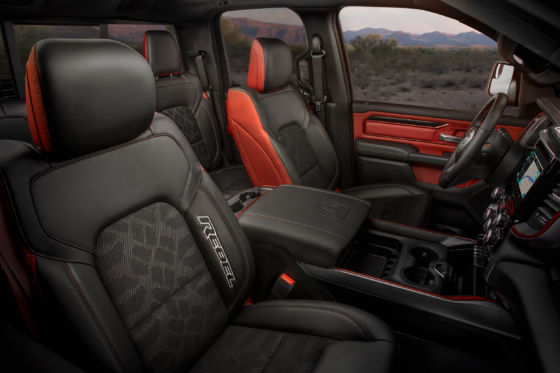 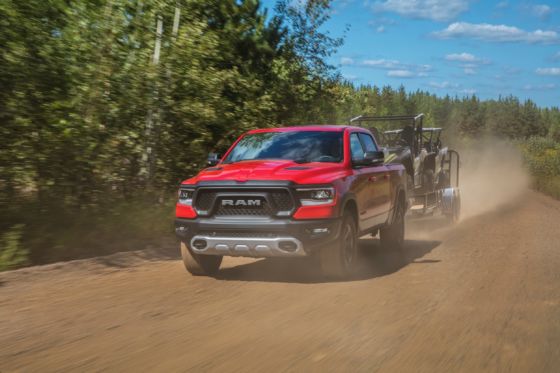 As a pickup truck with a well-done diesel option, the Ram Rebel becomes a more than useful half-ton pickup. Towing is rated at around 12,000 pounds and the Ram 1500 is good at both towing and hauling things. It’s also one of the most comfortable trucks on the road unloaded. The coil suspension (on all four) and smooth drive are unmatched in the full-sized truck arena. 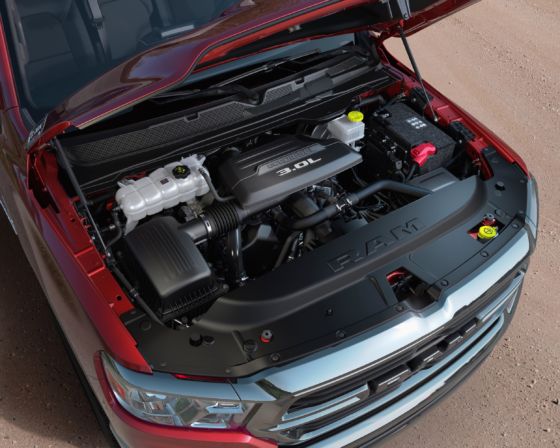 With the diesel engine, the Ram 1500 comes with a specially-tuned eight-speed automatic transmission and a 5-year, 100,000-mile powertrain, roadside assistance, and rust-through warranty. The engine itself is producing 260 horsepower and 480 pound-feet of torque. That’s about 70 pounds more than the V8 gas engine and with better fuel efficiency to boot. The EcoDiesel models are rated at 21 mpg in the city and 29 mpg on the highway in four-wheel drive models (22/32 mpg in rear-wheel models). In the Rebel model, the city rating will likely drop lower in the real world, thanks to that beefier suspension and heavier gear, but on the highway, we held 30 mpg in our 4WD Rebel EcoDiesel model without trying. 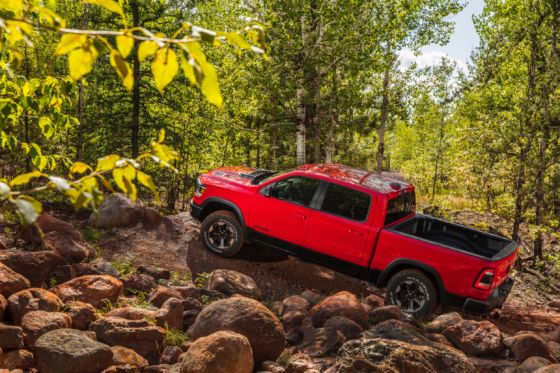 Off the road, the 2020 Ram Rebel is a beauty. It’s not as extreme as some other rigs, including its Power Wagon elder brother, but the Ram 1500 Rebel has great off-pavement qualities. The tires help a lot, as does the well-done 4WD system and suspension. The Rebel won’t Jeep over rocks or ford deep rivers like a snorkel-equipped Land Rover, of course, but it’s got plenty of chops for mudding and get-to-the-lake hill climbing. Especially with the torqy diesel engine powering things. 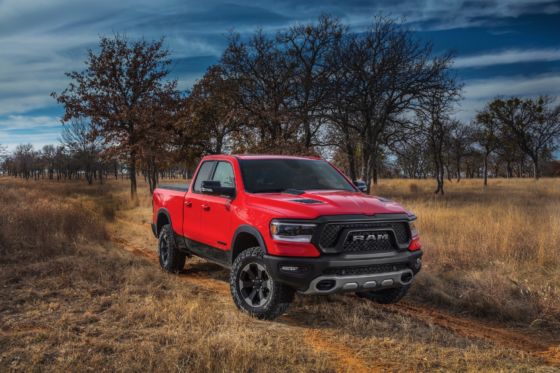